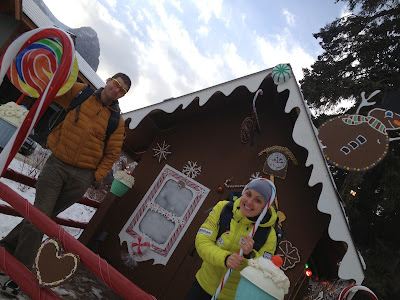 Seeing Rob for the first time in a month is great!

As I write this, I'm sitting in my hotel room in Canmore, waiting for morning training. It feels GREAT to be planted here, in North America and I can't wait for this weekend's upcoming races. Although I'm still thousands of miles away from home (AK) I feel relaxed & settled. This might be the closest I get to my bed, my kitty, my friends for the entire winter but it's great to be here. People speak English, I don't have to use converters to charge my electronics, I can "star-fish" sleep in my big bed, I can read labels in the grocery stores, the coffee isn't bitter. Most importantly, my husband is here to visit and my parents are arriving tomorrow!!!! World Cups in North America are the best.

Last weekend we raced in Quebec City. I teamed up with Ida for the team sprint and we made it to the finals. Unfortunately we faced a bit of bad luck with some crashes but it was an awesome experience and I've never seen so many American flags or heard my first name so much while racing. Peter Graves, "the Voice" was the announcer and it was awesome to understand ENTIRELY what was going on.  I hate to think about how much is missed in translation between stadium announcers, local newspapers and the television. Anyhow, here are a couple of recent photos (in no particular order) with captions followed by an article I wrote a while back for the NNF website. Enjoy! 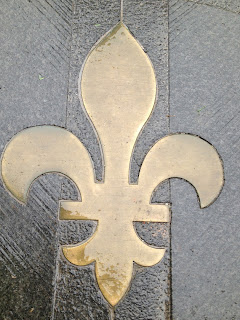 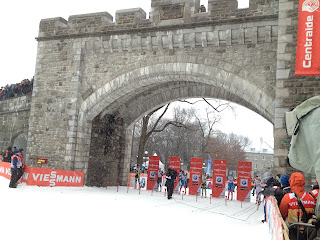 The start arch for the sprints - picturesque, right? 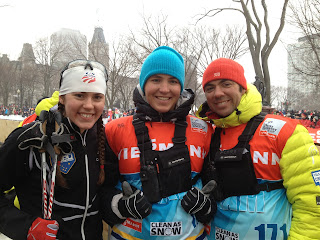 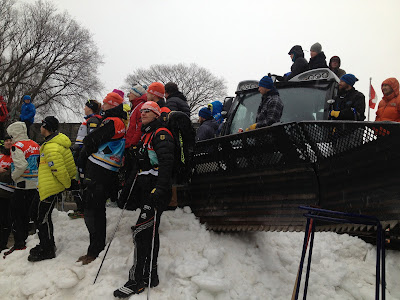 A fun place to spectate! 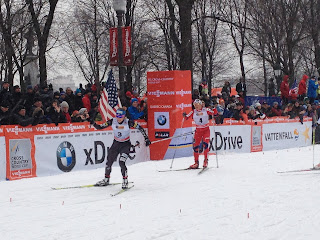 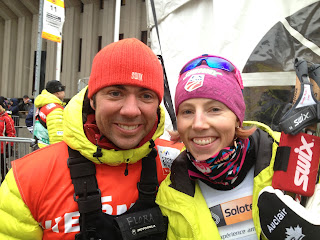 Erik & Kikkan - fun for Erik to see the success after working tirelessly, year after year.  Too bad coaches can't stand on podiums too. 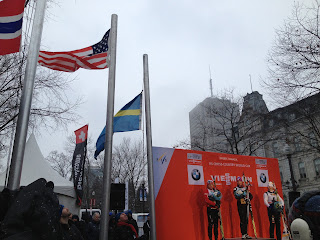 The American flag and the Star Spangled Banner 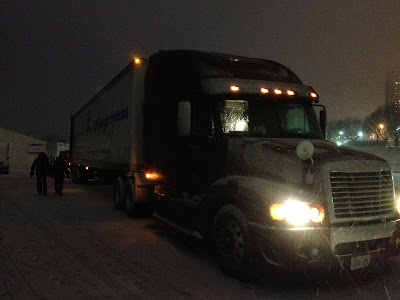 This semi drove 48 hours, non-stop with all the World Cups skis - Quebec City to Canmore! 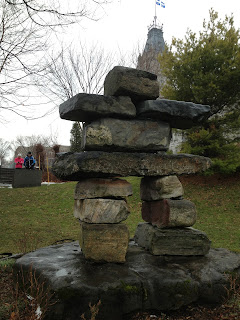 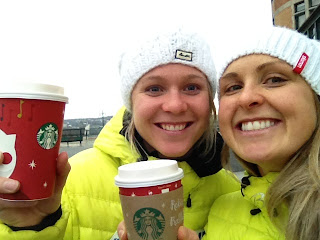 Reunited with my teammate Sadie - and sharing Starbucks Lattes! 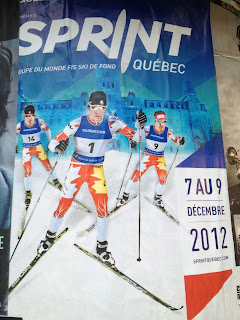 The poster for the QC event 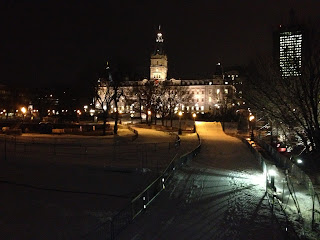 At night, overlooking the sprint course in front of the Parliament Building. The venue was obviously, beautiful! 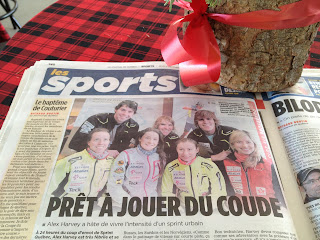 The Canadians got a lot of ink in the locals papers and on TV. 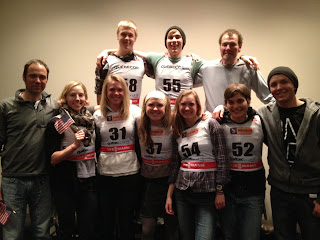 The APU crew prior to Saturday's race. We get to have a "Nations Group" for any World Cups in North America meaning that we get extra start rights. It's fun to have a big group here - many from my home club! 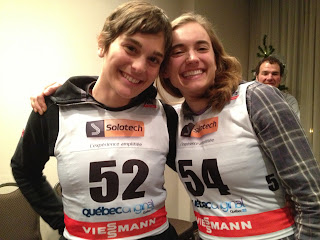 Fitz & Fritz are pumped for their first World Cup! 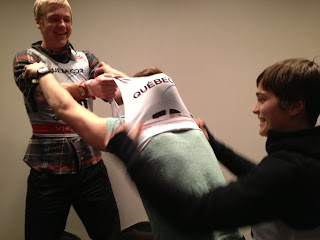 Apparently Reese has been training too hard seeing that his muscles are too big for the WC race bib! 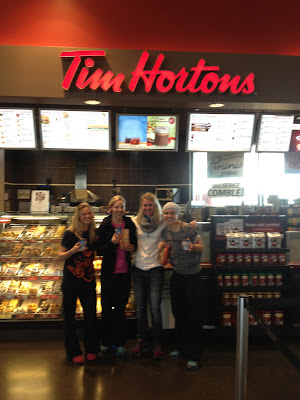 USST Girls on the travel day from QC to Canmore. Going to Tim Hortons, per Canadian tradition!

(This is an article that I wrote previously for the NNF website, re-posted here, on my blog)

The first four weeks of the 2012-2013 World Cup season are in the bag - and they (FIS, the rest of the World) are calling our start to the winter the "American Revolution."  No, they are not referring to the historical event where the Colonies joined together to break free from the British Empire. Instead, they are talking about the American women's ability to turn heads and turn heads we are.....  So far this season we have five medals including the first 4x5 relay performance, the first (and second) US women's distance skiing podium, the first team sprint win and many "best ever" moments. While the lack of daylight in Lapland may have been tough for some of my teammates that can come sunnier locales it sure didn't stop us from skiing fast!  So far we’ve raced in Muonio Finland, Gallivare Sweden, Kuusamo Finland & most recently in downtown Quebec City. I am currently on cloud nine sitting 8th overall in the distance World Cup standings. In the first race alone I accomplished one of my most ambitious goals that I thought would take an entire season to tackle. In a 10k skate race I finished 5th overall, less than three seconds from the podium and in the company of World and Olympic Champions. I suppose it’s time to revisit the drawing board.

For me, this season represents an entirely different world. I have one full season of World Cup racing under my belt and another season of quality Alaska dry land training in my bones. I'm familiar with the scene, the travel, I know other people on the circuit….  I'm racing World Cup venues having "been there before." The heightened level of confidence is palpable on our team. When we walk into the dining room we do so with our head's held high.... we look people square in the eyes, we’re having fun! Media from other countries are requesting interviews and photos.  Everyone wants to know what our “secret” is, what we did over the summer to improve so much.  Funny enough, there is no secret - just hard work, dedication and a little bit of belief.

Personally, I believe that success is like the flu; it’s contagious. Once you get a small dose of it, it's much easier to believe in yourself, your abilities and your performance. When you see one of your teammates doing well you think, "Hey, I can keep up with them in double pole roller ski intervals" or I can do "just as many pull ups as them" therefore, if they can pull a top ten result in the World Cup, maybe I can too?!?!  This is where American skiing stands right now - this is the essence of the Revolution. As a ski nation, we are starting to believe in our talents and our abilities.  We see our competitors as friends, rather than superior, European athletes.

The rest of the world is noticing that we're on a roll.  As far as I can tell, there is nothing in the way to slow us down. Go Alaska! Go Team USA!!!!

Thanks for reading and thanks so much for the continued support - CHEERS!
Holly :)