APU Nordic Ski Center tends to be in the headlines quite a bit... maybe it's Fasterskier reporting on 1 of the 3 USST Women that ski for APU (Kikkan, Sadie & Myself) or perhaps it's the National Nordic Foundation awarding the club trophy to APU for being the top performing club in the country... or our Junior program that just won the overall at 2013 Junior Nationals or perhaps the Anchorage Daily News reporting that our Program Director and Elite Head Coach Erik Flora just won two coveted awards including "International Cross Country Coach of the Year" and "USSA Overall Coach of the Year." Yes, needless to say I'm proud of our team and it's many accomplishments!

But what about the "U" in APU? As in, Alaska Pacific University? Some people never make the connection that we are a community-based club housed in a legit University where one can earn a college degree - or even an advanced degree for that matter!  So - I thought this would be the perfect opportunity to highlight some of our student athlete and the opportunities they've been given as part of the apU program! Read on...... 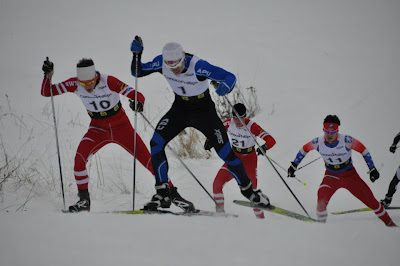 Thomas has been part of the APU community based program since age 12.  Next year Thomas will be enrolled in APU's "Early Honors" program which allows high school seniors to attend APU and take college courses, getting high school and college credits simultaneously.  The advantage of this is that Thomas can challenge himself academically and athletically. Consequently Thomas will be a member of the "University Team" and get exposure to the elite team. Thomas is the defending J1 boy's National sprint Champ and he sees Early Honors as a great way to "up his game!" 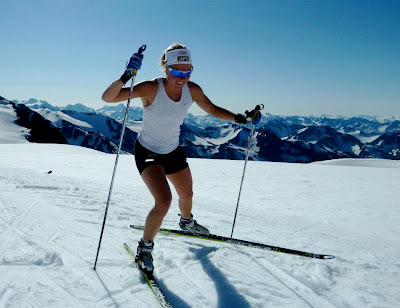 Sadie skiing on the glacier 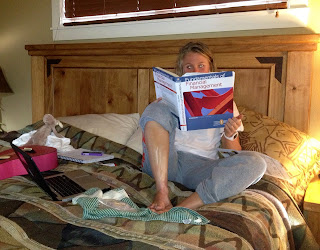 Sadie (literally) in online class during our kick-off camp in Bend, Oregon

Sadie is a member of the US Ski Team and simultaneously, a full time undergraduate student at APU. She's entering her senior year and will be earning a bachelors in non profit management. Being a full time athlete and a full time student is quite the feat and Sadie makes it look easy! She attends online class from Europe, training camp, or wherever she may be at the time.....  APU online classes are usually at night (Alaska time) which means they might be as early as 5am in central Europe.  On World Cup race days she usually gets a pass but otherwise, she's up early studying away!

Erika
Erika originally hailed from Homer, Alaska. She recently graduated with a degree is psychology from APU. She's been an awesome member of the team and has done some really cool things during her four years at APU: 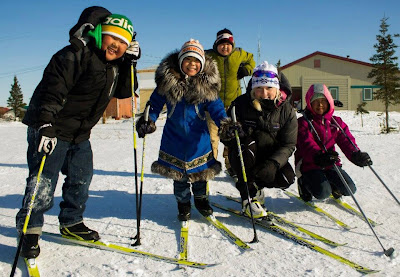 This past April Erika was a volunteer coach for NANA Nordic - an outreach program that taught over 1,500 kids in remote Western Alaska how to ski. The NANA program was started by APU student & Olympian Lars Flora.

During her time at APU Erika also developed a business, E'Klaar.  Erika makes awesome hats, headbands, buffs and much, much more. What started as a small project sitting at her sewing machine turned out to be a successful business with help from her business classes at APU. Check out her website HERE. Erika's connection with APU and the ski world helped draw attention to her product and her business!

Don
Don has been with the APU program since 9th grade and a couple weeks ago he graduated with a Bachelors of Science in Environmental Science. Don was a member of the APU racing team for seven years before transitioning his passion and skills to coaching, ski-flying and general Alaskan adventuring. This summer Don will work on Eagle Glacier (APU's summer glacier training center) learning about remote systems, glaciology, and grooming. Next year he plans to apply to medical school and will have awesome letters of recommendation from his professors - all of which he knows personally from APU's small class sizes! 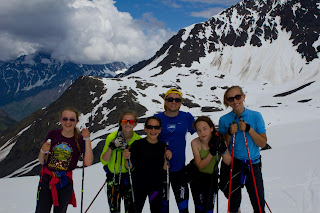 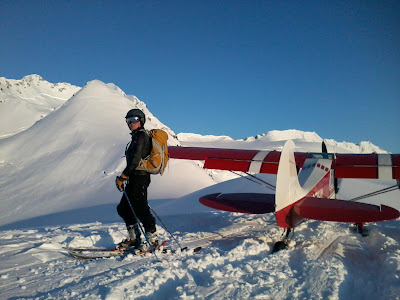 Don's transitioned his cross country ski skills to other adventures that only happen in Alaska.... here he is on the top of a random Alaskan Mountain top being dropped off in his roommate's Super Cub.

Kikkan
Everyone knows Kikkan Randall the World Cup Sprint Crystal Globe winner but what about Kikkan Randall the APU student who is 12 credits shy of earning her business degree from APU? While it's true that school has been temporarily put on hold due to her International success she states that business classes from APU helped her with the business of being a self-employed World Cup ski racer! Kikkan plans to complete her degree in 2015, after kicking some tail at the Olympic in Sochi, Russia! 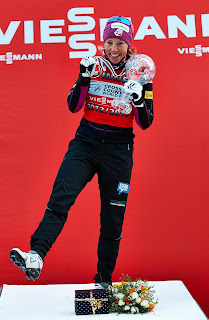 Me
Many people don't know this about me but in addition to having been a full time staff member at APU I am also a student!  I am currently enrolled the in Masters of Arts Program (MAP) and hoping to eventually earn a Masters degree in Counseling Psychology from APU. I take one class at a time and so far it's been a blend of independent study courses and traditional classroom courses. I've found the professors to be intelligent, wonderful and willing to work with my unique schedule. To me, this is the essence of an APU education..... If there is something you want to learn or do, it can be done. Learning is based in reality rather than a text book and it's done collaboratively. I just wrapped up a course on Positive Psychology and the USST has been discussing some of the concepts here at camp - case in point! 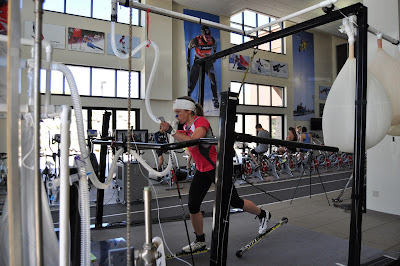 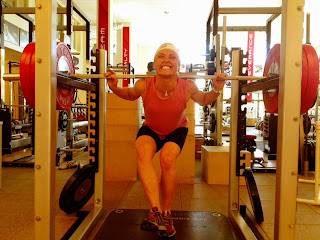 Hopefully I've successfully answered some questions about APU.... in addition to being an amazing ski program APU also offers opportunities to get a great education. Between Early Honors, traditional Undergraduate, distance learning, degree completion, Master's courses - and it's first doctoral program (Psychology) the possibilities are endless. If you'd like more information about the school, the ski team, or anything else, feel free to shoot me an email or check out the official APU website HERE.

I'll leave you with one last picture:
APU/USST Girls at 2013 World Championships - all APU students!

Hopefully we'll have a similar one (plus a few more members!) from the 2014 Winter Olympic Games in Sochi!