First and foremost, happy 60th Birthday to my Mom, Chris! 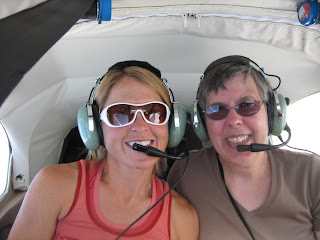 We just crested the longest day of the year in Alaska and now that we're on the tail end of Solstice it means only one thing: the days are getting shorter.  While we still have plenty of light, post June 21st makes the upcoming ski season seem like it's encroaching slowly but surely.
The sixteen to twenty hours of day light in AK makes it hard to sleep, especially when the weather is good.  People up here often joke that you can "rest in the fall" which leads to people running themselves ragged when it's nice out, myself included.  June has been a hectic month for me hurrying from one thing to the next. This weekend it's finally caught up with me and I'm having a hard time peeling my tired body off the coach. Luckily the sky is grey so I don't feel bad about resting (or "wasting the day") and Rob is out of town on a trip which I'll admit, allows me to be lazy.
Here is a recap of why I am so tired: 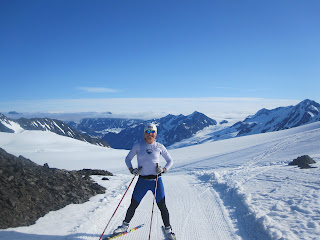 I spent the second week of June at the APU training camp on Eagle Glacier. This was my first time at the facility as an athlete rather than a coach. It was awesome to be able to sleep at night and boy did I need it!  Skiing four hours a day on the glacier is tiring. We have a great write-up of the camp on the APU/Fasterskier blog - check it out here.
I left Glacier Camp two days early because I had previously committed to leading an APU team at the annual Run for Women. I was also really excited to be the "honorary starter" for the race which had more than 7,000 participants this year! 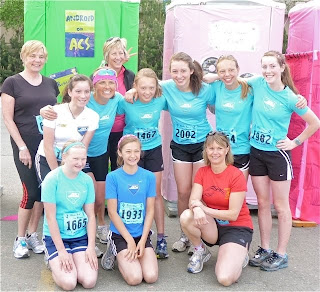 That night I went to Lee and Colleen's wedding which was a great reunion of friends. Congrats you two!
The next morning was the start of ............... DEATH CAMP 2010!  Death Camp isn't as knarly as it sounds. The first rule of death camp is actually "no dying."  It's a reincarnation of a camp that existed when my peers were in high school.  Basically its a tough training camp where the athletes train 3-4 times per day and have a ton of fun. As Charlie Renfro (one of my co-workers/coaches) says, "Death Camp is where he decided he wanted to be an endurance athlete.  Camp is based in Girdwood at the base of Alyeska ski resort and kids and coaches alike have a ball..... 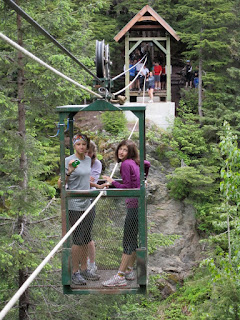 Here's our group crossing the river on the tram... 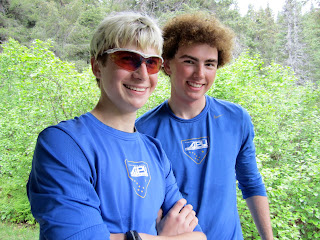 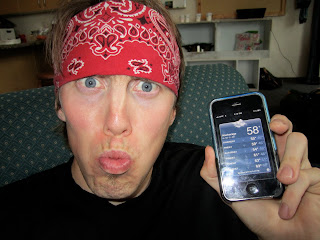 BK came to join us for a day of workouts. Here he shows us the weather forecast on his iphone. The mediocre weather didn't keep us from having a great time.
Every night at dinner, our team goes around the circle and everyone announces a "highlight" and "lowlight" from the day.  When it came time for Brent to share his, he said that his highlight was seeing how FIT and TOUGH our athletes are.  He acknowledged that the athletes were way ahead of his development curve when he was their age and that he was impressed.  I thought that was REALLY cool to hear - and cool of him to share! 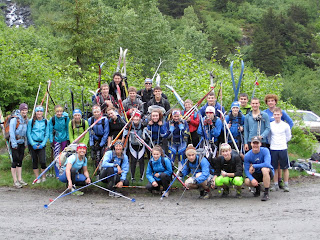 The Junior team hiked up to Crow Pass when fish scale skis on our backs for some sprint practice! 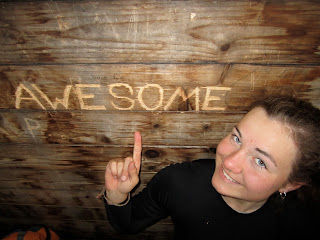 I'm pretty sure Celia thought it was awesome.  PURE AWESOME - such was the theme of the camp. 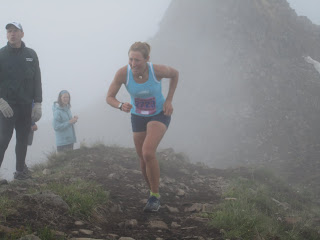 We ended a tough training camp with a tough race.  Bird Ridge is 3400 feet of gain in just 3 miles. Here is APU athlete and new coach Katie Ronsse rippin it up!  The weather was perfect mtn running weather: sunny at the base and foggy and cool on top. 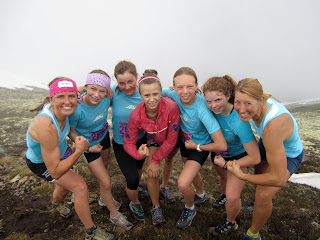 The APU junior girls had awesome races - especially considering the hard training they'd done the days prior.  Many of them PR'd by 3-4 minutes..... although they were disappointed by not running QUITE fast enough to get Eric Strabel to shave his moustache. It seems to be a constant source of motivation for the girls so I suppose I'm glad he kept it. (There was a bet that 4 of the 5 juniors girls had to break 55 minutes... they were close but not quite there.) 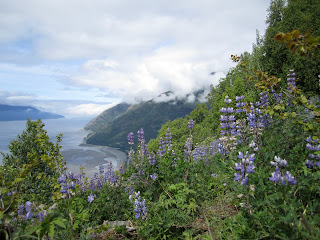 The Bird Ridge decent complete with Lupine
Not only was the week busy but while I was coaching camp Rob and I became an aunt and uncle!  Congratulations to Rob's older sister Erin and her husband Frank for the birth of a healthy 8 pound baby, Rienzi Mae! I hope that I can see her someday sooner rather than later! 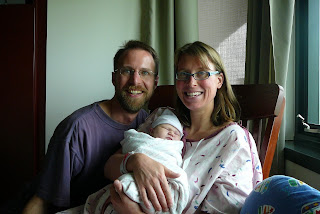 Last but not least, the most unpleasant part of the last three weeks was the gum graft that I had yesterday. The Periodontist cut a piece of skin from the roof of my mouth and sewed it to my gum at the base of my front, lower tooth. I'll spare you pictures but just trust me: it's not pleasant to have two sets of stitches in your mouth.
Thanks for reading/more to come soon!
Holly :)
Posted by Holly Brooks at 10:58 PM 1 comment: