My plane was due into Anchorage literally TWO minutes before Rob's birthday!  I was excited to make it home in time to celebrate his special day.  Here is our celebratory birthday bike ride: 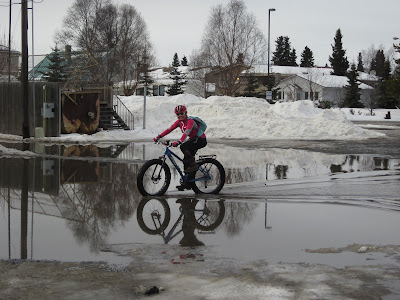 Nothing says welcome home to Alaska like brown, goopey, breakup.  Everything was a shade of brown or grey - the ski, the streets, the cars, everything. Considering I was still jet-lagged and incredibly tired I'm not sure I was much fun but I think it meant a lot to him to have me back.  At some point during my 5-month absence it struck me that skiing on the World Cup is almost like a deployment.... lots of time away from home and loved ones.... I lived out of a duffel bag, dealt with the 10-hour time change, and very sparse communication riddled with technical difficulties and frustration.

During World Cup Finals I made the difficult decision to skip Super Tour Finals/Spring Nationals.  The races were a week later than usual and participating in the event would extend my season by more than two weeks. Having not stepped foot in the US since Nov 10th - and having a total of 2 visits with my husband in that time I decided to forgo races in California.

After such a long season I also wanted to make sure I had ample time to rest this spring.  With next year being an Olympic year I don't want to take any chances with going into the new training year fatigued - physically or mentally.  The first official USST camp begins mid-May and when it's time to pack my ski bag and step on the plane I want to make sure I'm 110% ready to go!

A HUGE congrats to my APU teammates for bringing home the club trophy!

It's funny but after five months on the road it's the small, mundane things that feel really, darn good.  I read the newspaper, did laundry (!) cooked my favorite meals and wore my pajama pants until 3 in the afternoon. 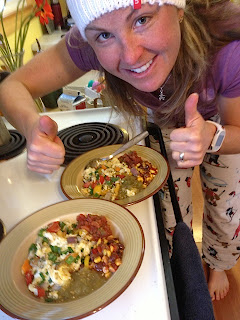 Most skiers flock to tropical locales for "spring break" and wearing a swim suit and sitting on the beach is a great way to detox from a long winter on the road.  However, this year the closest I will come to "sitting on the beach" is eating a pineapple in front of a wood stove (check!)  My plan is to stay in Alaska this spring.  One of my goals was to do a ski trip with Rob. While its still SKIING it's great to get out on different kinds of skis and take some time to look around at the scenery.  I also took the liberty of spending some time away from my computer which was refreshing....

Here are some pics from our recent ski trip: 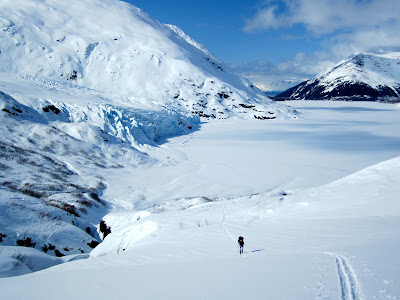 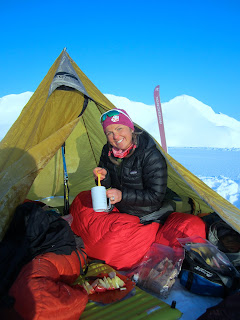 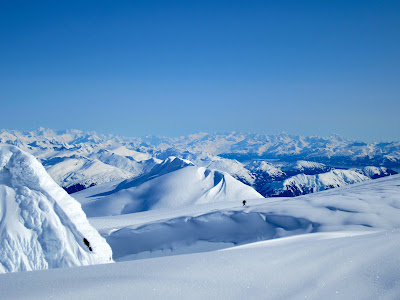 Can you spot Rob? 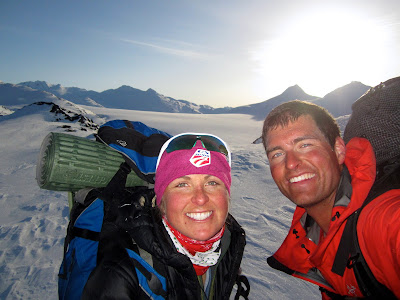 On the Snow Glacier 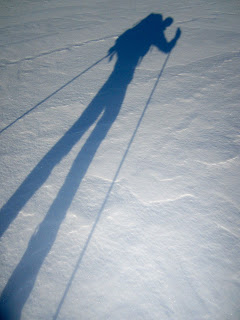 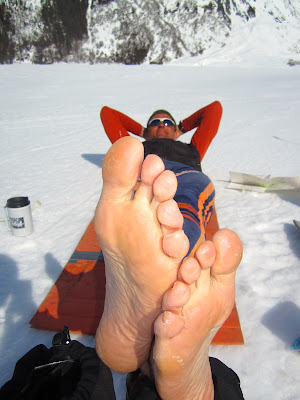 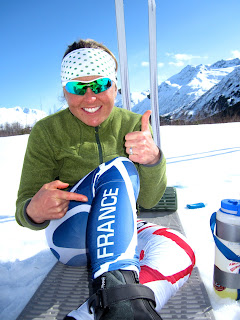 I wore my French National team suit for the trip!  Thanks for the trade Aurora! 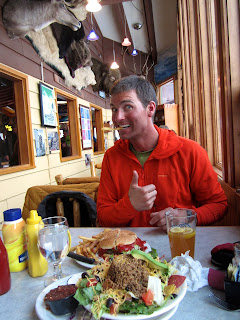 Nothing like a greasy restaurant meal after a long back country trip! 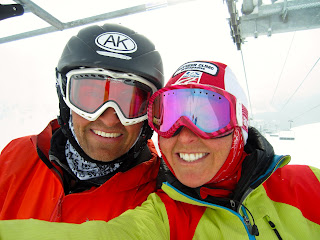 What next? Well, it just keeps on snowing in Alaska.  Today, for exercise I found myself shoveling nearly a foot of fresh snow out of my driveway and backyard. Ironically it's some of the best skiing of the entire year.  Part of me feels like I should ship off to the beach to get away from it all and the other part of me wants to ski everyday.  My plan is to be active when I want, doing what I want.  There will be no feeling of obligation to get out the door. I'm not looking at my watch, I'm getting lots of sleep and oh yes - I'm eating that extra bowl of ice cream. It's important to let your body rest and be outside of "performance mode" each spring. Rest and rejuvenation is just as important as the training itself, in fact it's PART of it. If you don't believe me, read ultra-runner Geoff Roes's recent article on his battle with over training:
http://www.irunfar.com/2013/04/one-story-of-overtraining.html

Happy Spring!
Thanks for reading,
Holly :)
Posted by Holly Brooks at 12:20 AM No comments: