Back to the slow life, Beitostolen - Norway.

From the moment I stepped on the plane it felt as if life took a 180 degree turn - for the better in many ways.  It is an understatement to say that the last couple of weeks at home were busy and I can't believe that I didn't get sick. Between packing, saying my goodbyes, co-hosting a baby shower, cooking early Thanksgiving and all the little odds and ends one must do to leave home for 4.5 months - not to mention TRAIN, it was crazy.  At night my head would hit the pillow exhausted but my mind refused to stop. Instead, I had TO-DO lists and thoughts constantly spinning through my brain like a carousel.  Some days I was busy and stressed to the point of feeling nauseous. 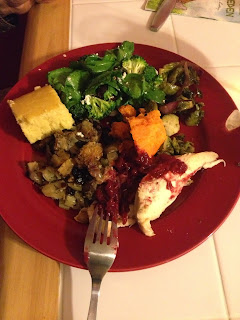 "Early Thanksgiving" feauturing a Costco rotissere chicken because I was way to busy to actually cook at turkey! 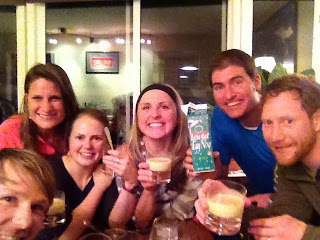 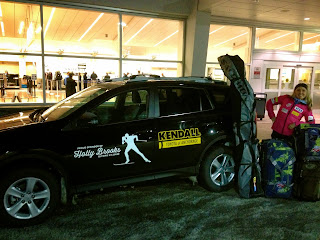 Rob dropped me off at the airport in my car.... which I won't see until the spring :(

Life on the road has quite the opposite effect.  Part of this is the fact that sometimes I'm too jet-lagged to truly get anything done but there is no doubt that life is a bit slower. I don't have a cell phone, training volumes are smaller with races on the horizon, and it's a ten-hour time difference to home which makes it difficult to correspond anyways.  Thus, welcome to the "World Cup Bubble." 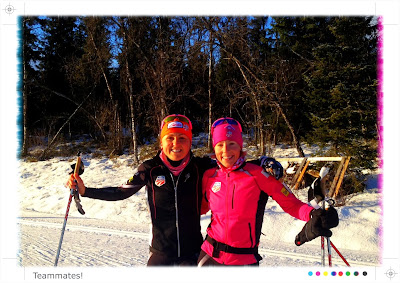 For the first time in a long time I have time to read and am getting lots of sleep thanks to sleeping drugs (!)  Our days are spent adjusting to our new lifestyles, catching up with teammates and friends from other teams, working with our ski technicians, and here in Beito, cooking our own meals. 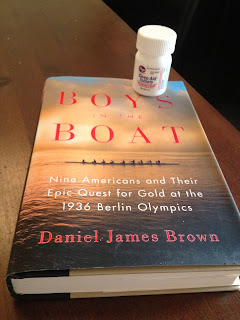 Basically the entire team has been reading "Boys in the Boat" A story about the rowing in the 1936 Olympics.... I'm half way through and it's a great read!

It certainly takes me a while to adjust to the new lifestyle. I, for one, feel like I'm flourishing when I'm productive. I'm a list maker and there is nothing more satisfying that getting in two great workouts, writing 20 emails, running 5 errands, cooking healthy meals, writing an article, and taking care of the house - all in one day.  Suddenly here in Europe what might take an hour at home all of a sudden takes all day in Europe. Perhaps it's walking to the store with a list that's been google-translated (is that baking power, baking soda, salt, or powdered sugar?) and trying to figure out how to pay for groceries with your VISA that doesn't have a "chip."  Or, it's hiking to the one spot that has Internet only to wait for five minutes for your inbox to BEGIN to load because everyone is trying to use the same bandwidth.  Or, it's trying to cook dinner for a crew of 18 in a mini kitchen with a mini sink, and small dishes, collecting baking sheets from all the other rooms in order to make a satisfying meal. Things just take longer, period.

What else? Some random thoughts and thank yous..... 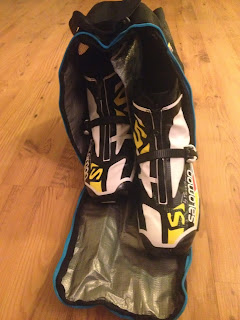 The fall is full of new gear - new skis to test, new boots to perfect, etc, etc. I am pumped to get my second pair of Salomon Carbon boots. They are truly amazing!

Last night we had Bolle (sweet bread, usually with cardamon) with the Norwegian Women's team! This summer we hosted Astrid Jacobsen in Alaska and she's been a great "portal" to the entire team. Having friends on the World Cup makes all the difference when you're half way across the World and I think we're going to have a fun winter being more social across "team lines!" 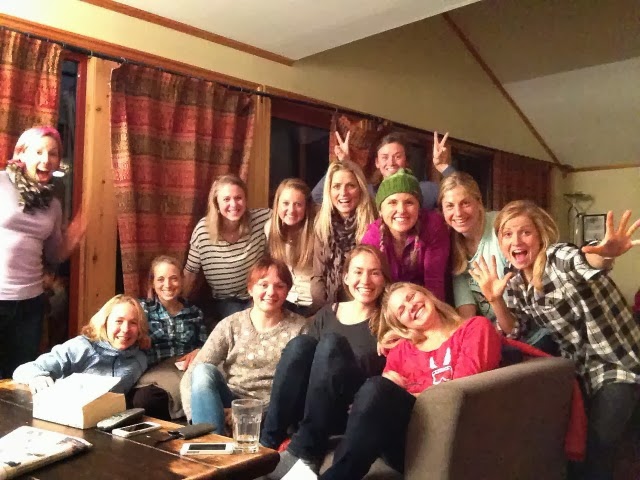 Some of you may be relieved to know that the "Drive for 25" is now over. It was a long fundraising campaign but a successful one! The Cross Country side met it's goal by raising over 150,000 dollars via more than 1500 different people for the development of the sport. Thank you SO MUCH to everyone who participated and I'd like to especially thank those of you who helped me exceed my goal of over 25 different donors - I made it to 37! A huge, specific thank you to:


Additionally, ALASKA won the race in most donors per state! Of course dollars are what reaches the 150k mark but I was especially interested in participation and ownership.  Nordic enthusiasts around the country all chipping in and taking some personal financial accountability for the future of our sport.  When I was writing to people to ask for D25 donations I felt funny at first because many of my contacts are people affiliated with the sport. My first thought was, why should this person donate money because they donate time as a coach or why should this skier donate because they might be a potential NNF recipient!  But then I realized that the Nordic community needs to support the Nordic community. 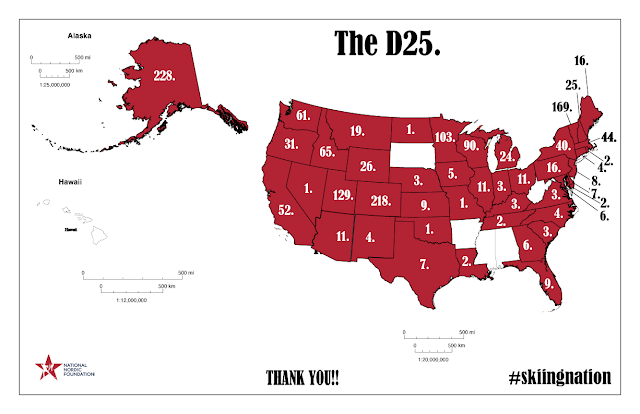 If the racers, coaches, industry people, racer parents, and ski shop owners don't contribute, who will?  So, thank you to those of you that chipped in. And if you didn't get a chance to contribute, there is still time!

What's up next? The RACE season! Tomorrow I'll be doing classic race prep for Friday's 10k race. My plan is to race the 10k individual skate on Saturday too. Most of my teammates are planning to race Fri/Sun, Sunday being a skate sprint. I really want to race Sunday too but having just gotten over here and looking towards the World Cup Ruka Triple next weekend in Finland (3 race mini-tour) it's smart to limit it!

Thanks for reading and thanks for the cheers! It means a lot to us,
Sincerely,
Holly :)