A lot has happened since the "battle of the Engadin!" And, as I'm sure you've figured out by now, I survived!  Perhaps it's easier to recollect the past two weeks in reverse chronological order, most recent being first. 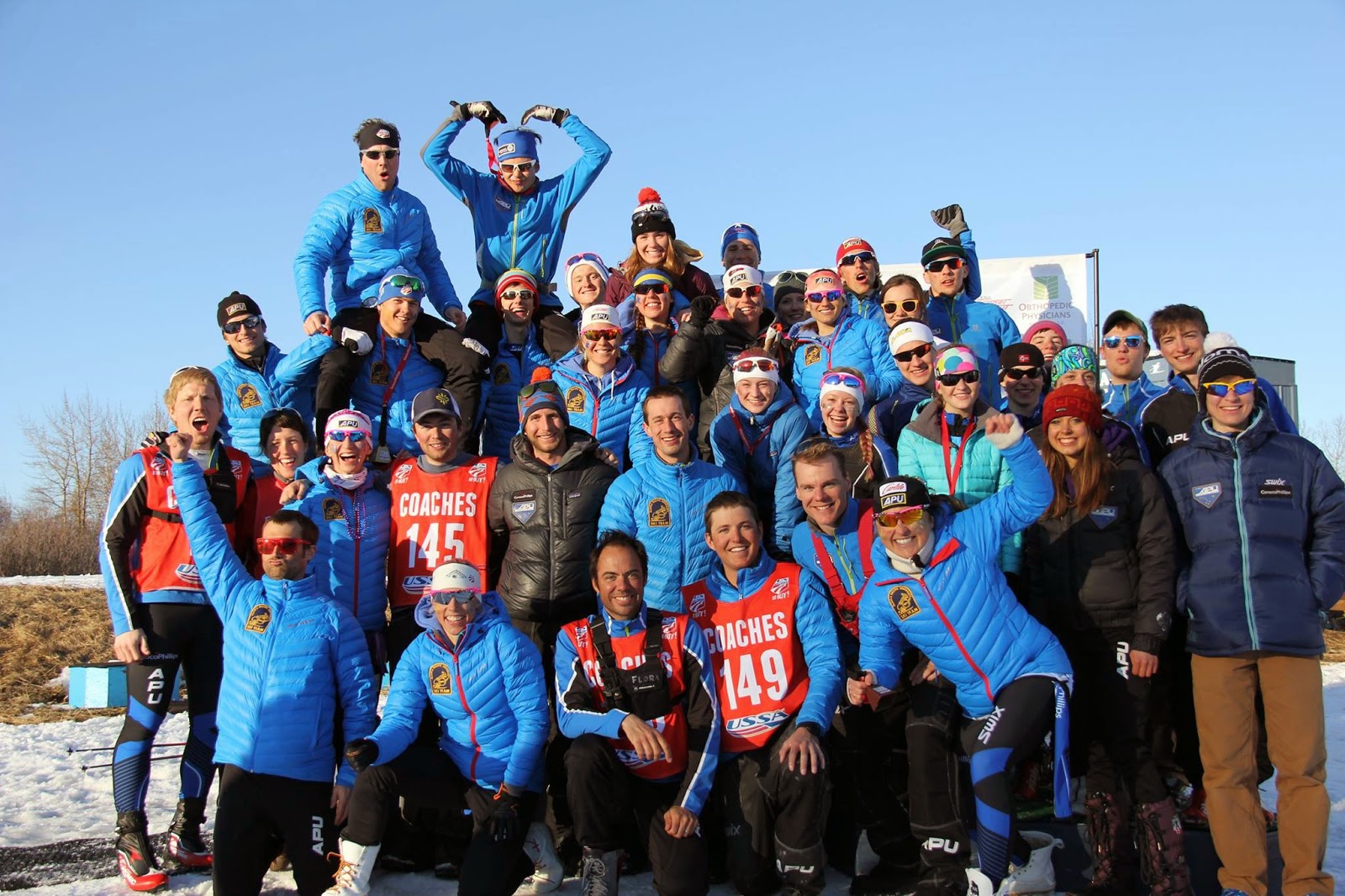 Such an awesome group of APU athletes competing here in Anchorage!

The most exciting thing is actually happening right now - that is, Super Tour Finals right here in my own backyard of Anchorage! Last year the spring domestic races were exceptionally late, the last one ending on April 11th. I was so tired and blown out from the season and five months on the road that I opted to skip the race series in lieu of being at home. This year not only are the races earlier on the calendar but they're at KINCAID! It's been awesome having all the skiers here in Alaska. The weather has cooperated and our community has held some really fun, high level races. In fact the field of athletes is by far the strongest of the entire year because the entire National Team is in attendance & 12 of the 14 Olympians that went to Sochi! 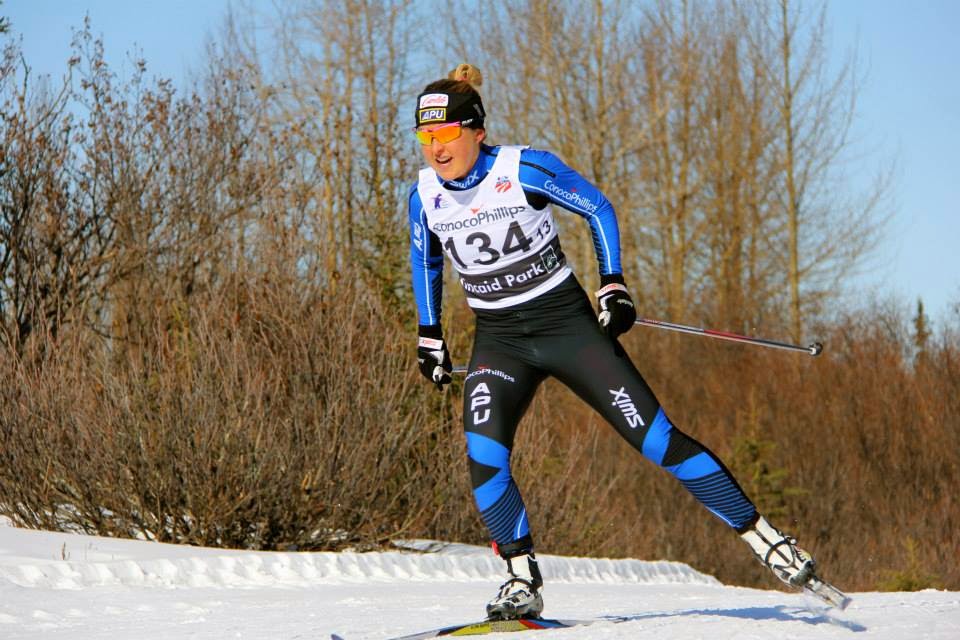 Racing the 10k skate at Kincaid - photo by Rob 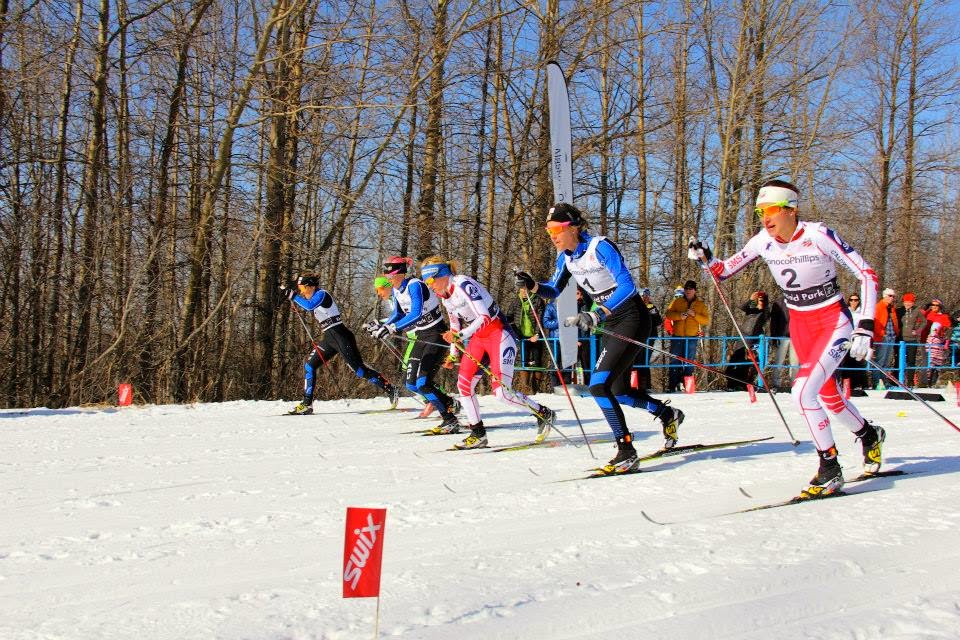 We had this SUPER FUN event today out at Kincaid.... 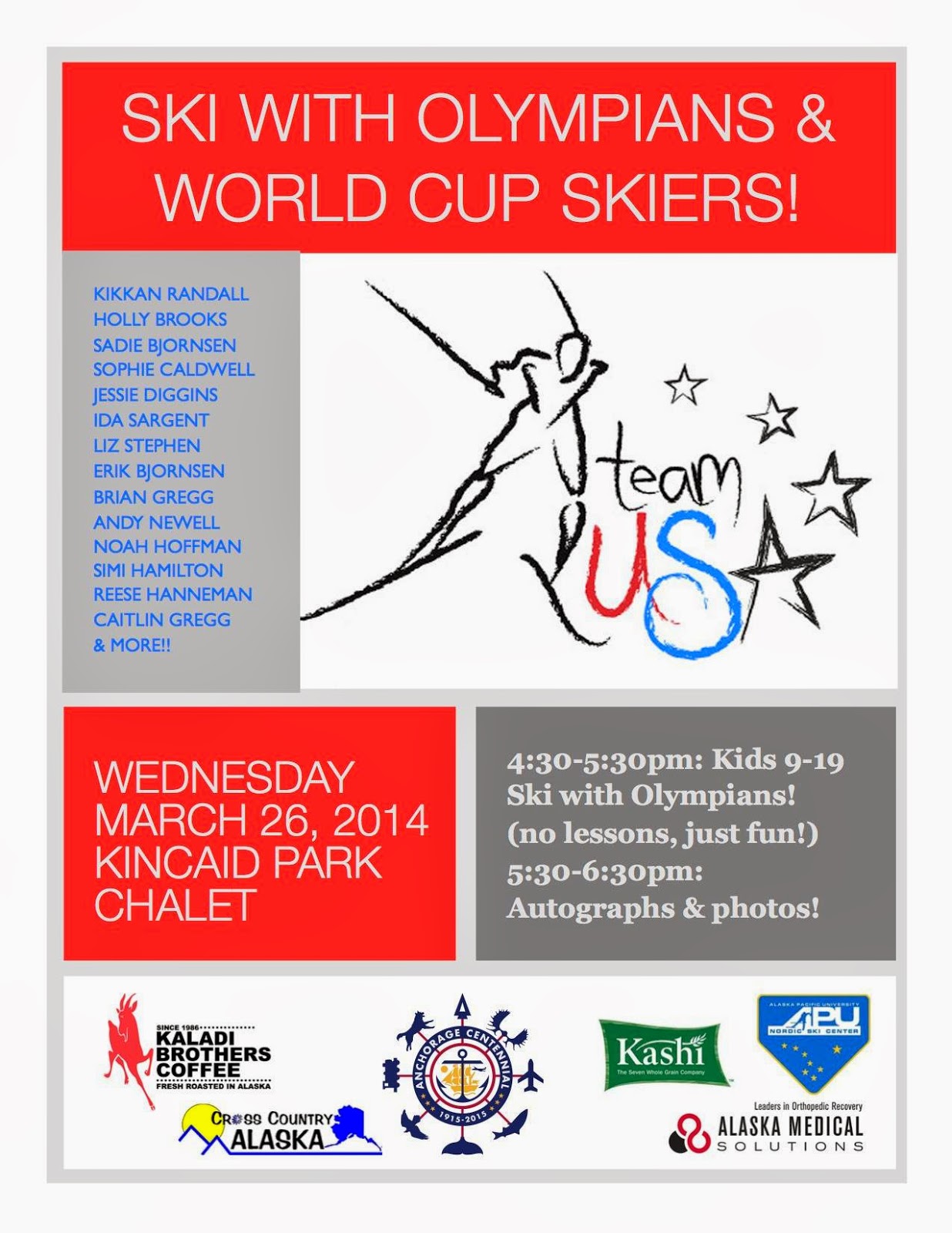 Thanks to Joey Cat and Susan Duck for helping organize and pull it off! 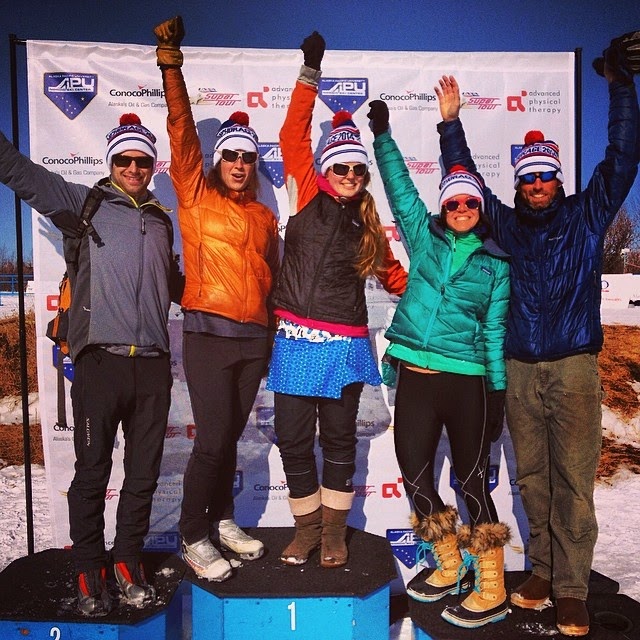 It's super fun having friends come out and cheer at races. Here they are having a grand time. I believe the hatch tag was #winning! 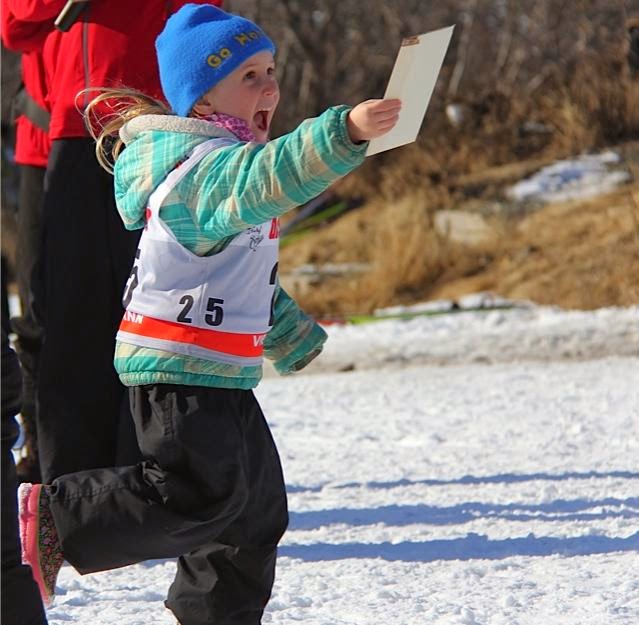 Eva got to give the awards for the classic sprint! Thanks to all the sponsors for the event including Advanced Physical Therapy who was the sponsor for this day. It's awesome to have such fabulous community support! 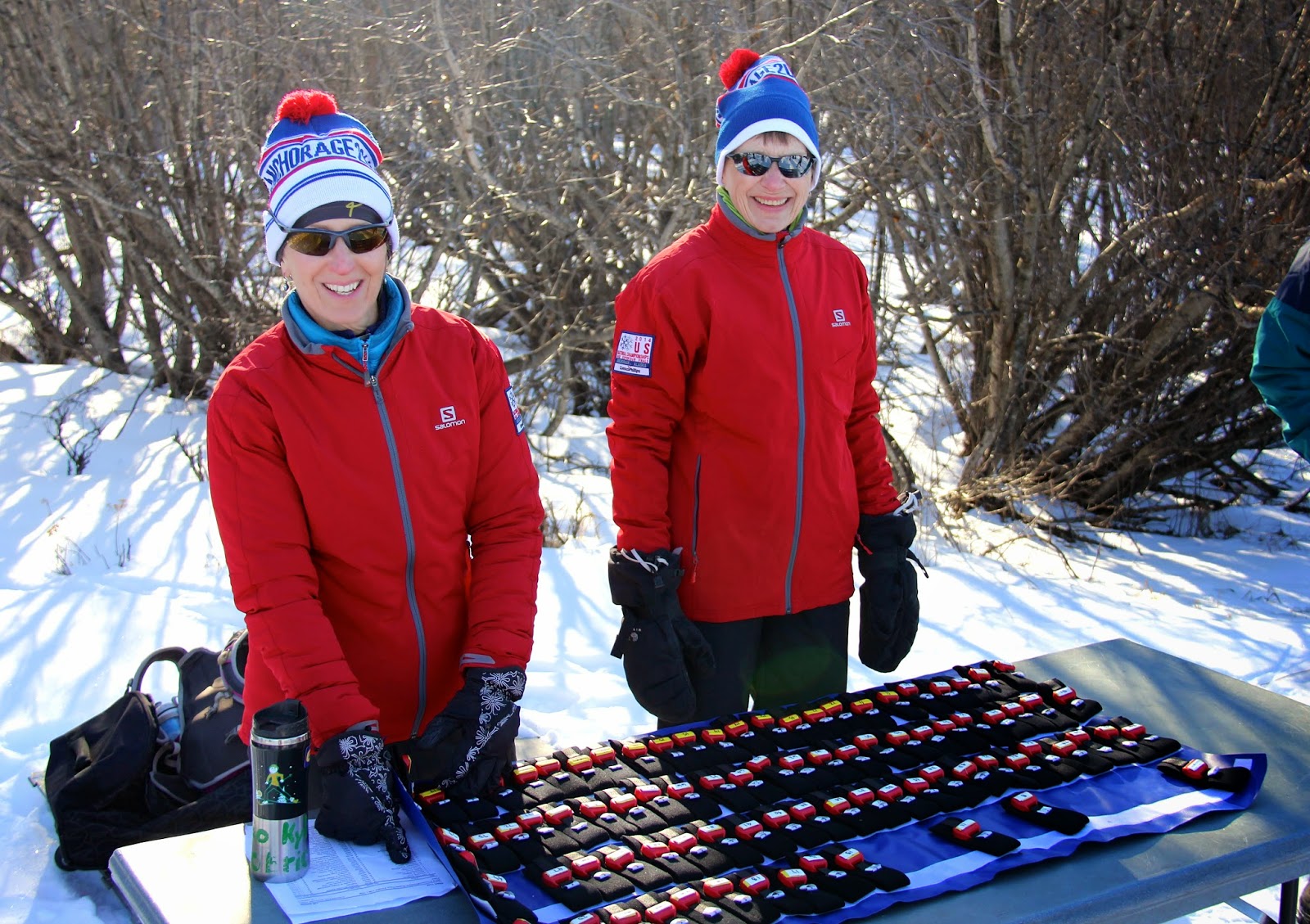 In total 230 volunteers from Anchorage are helping to put this race on!  Here are Cathe and Alice giving out timing chips. (Both women used to ski in my group)  :)

And..... here are some shots from the Oosik 50k Classic in Talkeetna the other week. 50k Double pole 30 hours after getting home wasn't the best for my elbows. They've been sore ever since... 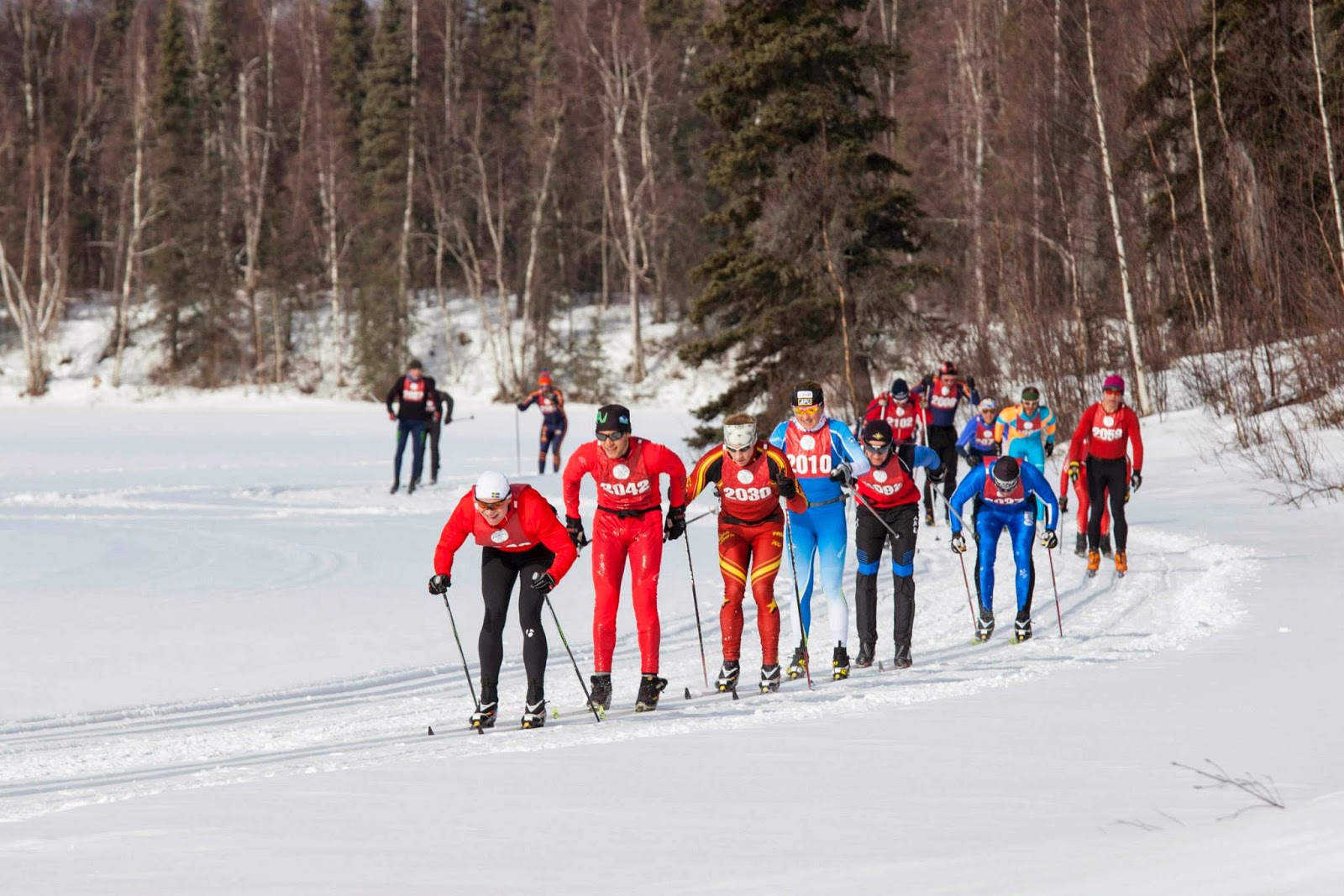 Chris Hodel flew around taking pictures of us and landing on different lakes in his plane! Always fun to get an aerial shot :) 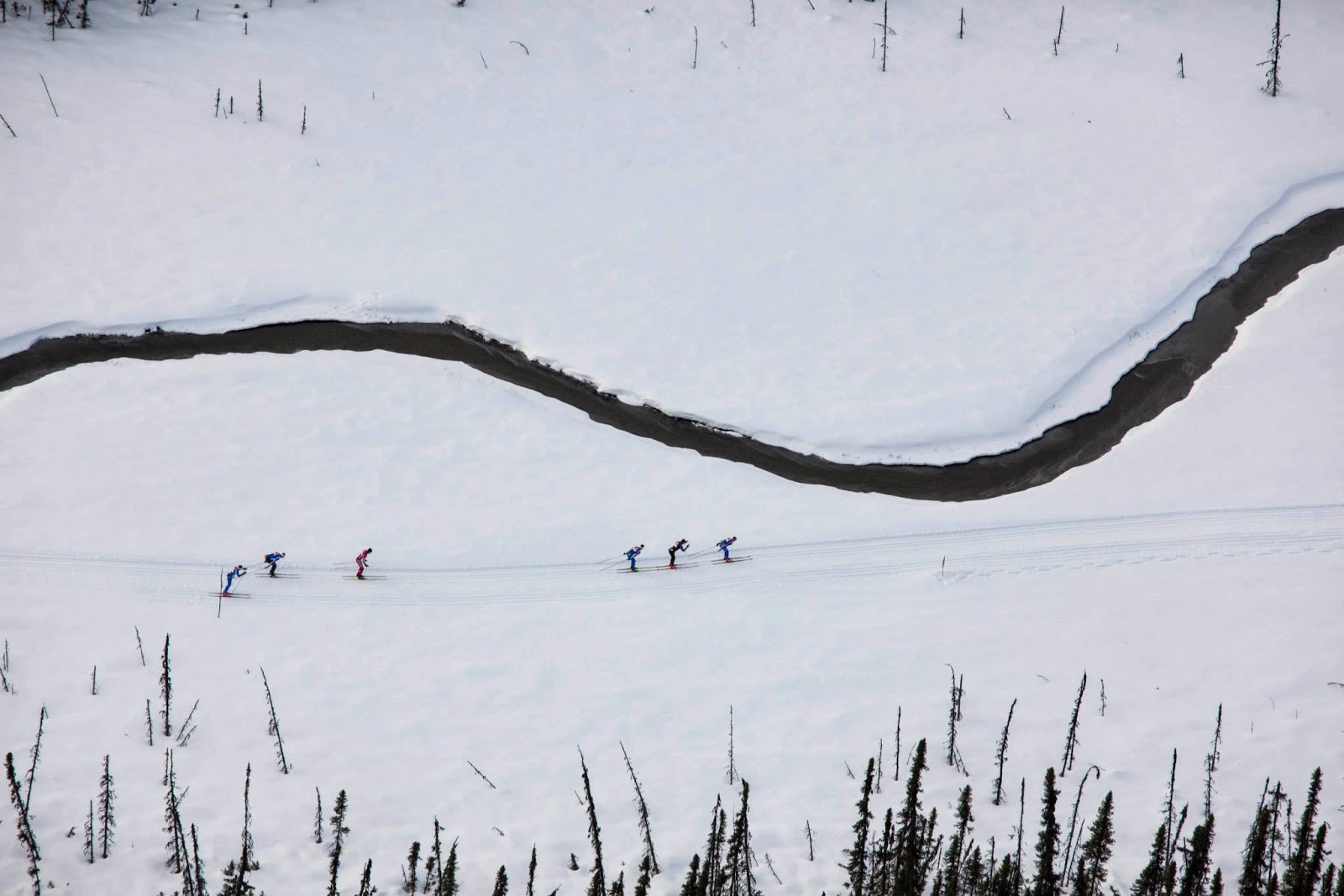 A fun first weekend back in AK with Rob. I also chose to rock the Finnish Olympic suit for the race which I traded with Aino Kaisa Saarinen. So... this suit won two Olympic Silver Medals and the Oosik Classic :) 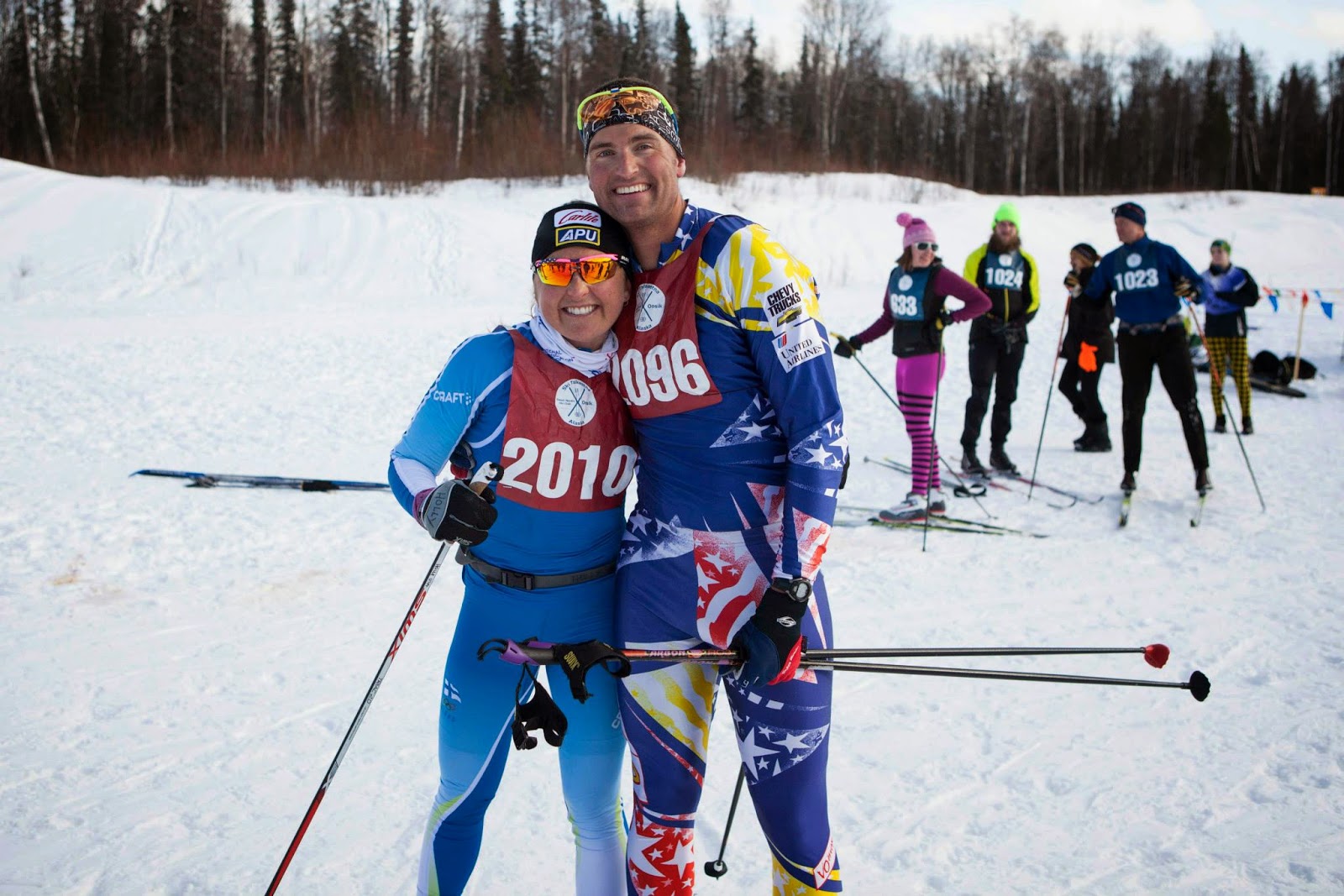 Some of my favorite boys picked me up at the airport to welcome me back to AK for the first time since November 15th! 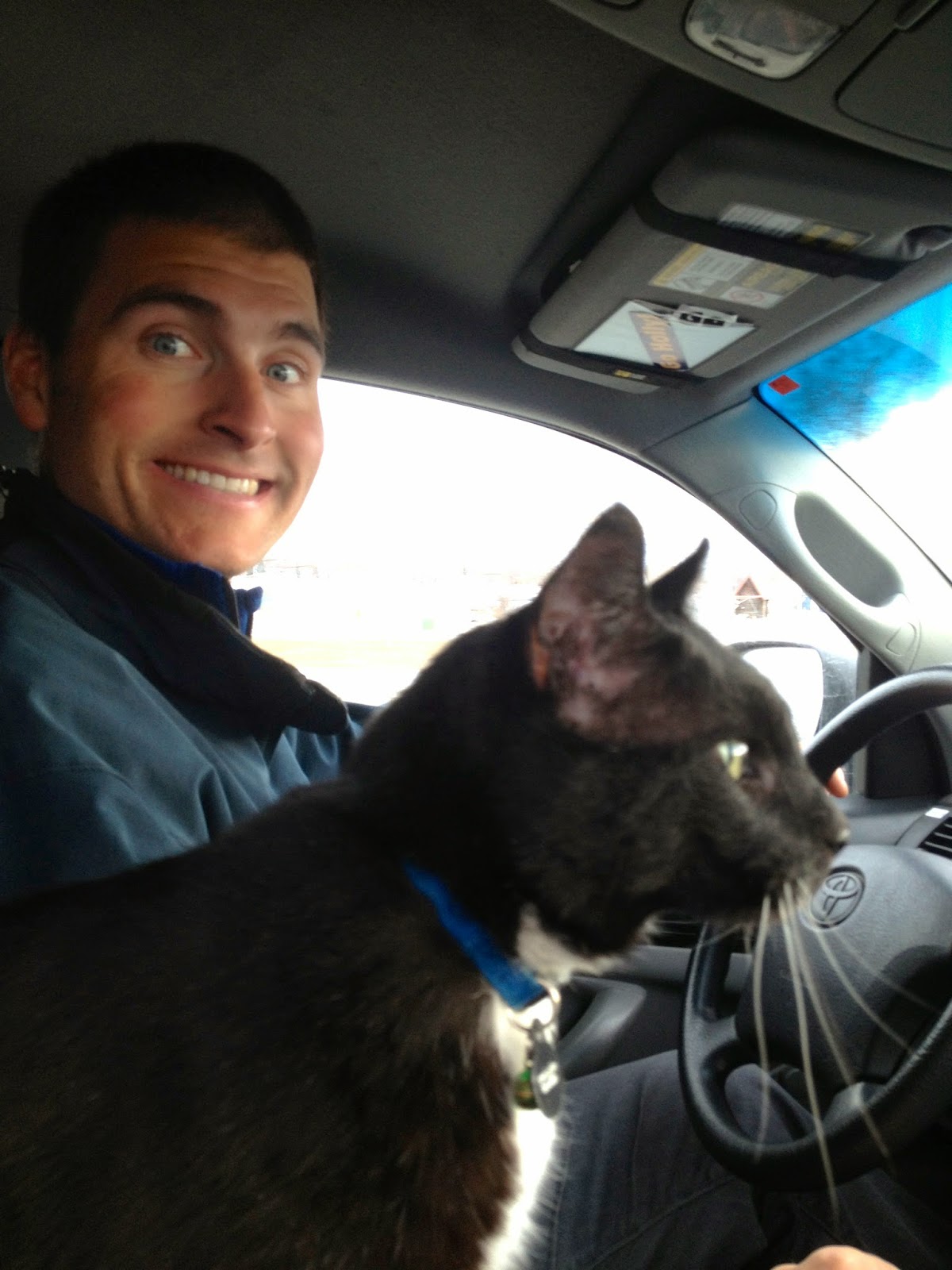 We ordered Mexican - delivery! It tasted SO GOOD! 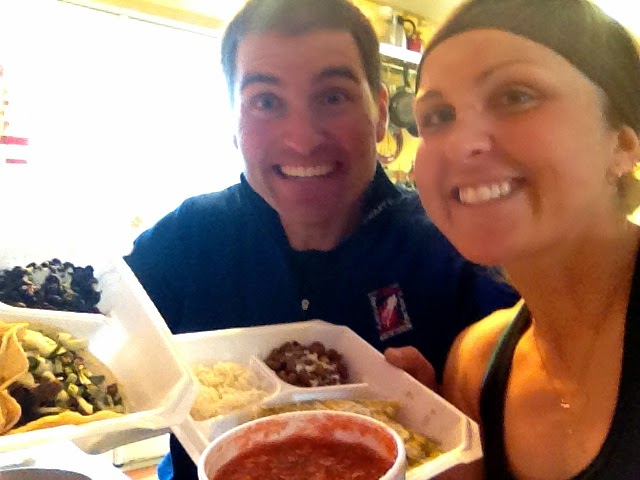 I was exhausted & literally sleeping in the car when I opened my front door to a huge surprise party! Certainly a shock to the system but so fun to see so many good friends at one time! Wow. Also, it should be known that Rob is HORRIBLE at keeping surprises but I had NO IDEA about this one. Well done Rob! 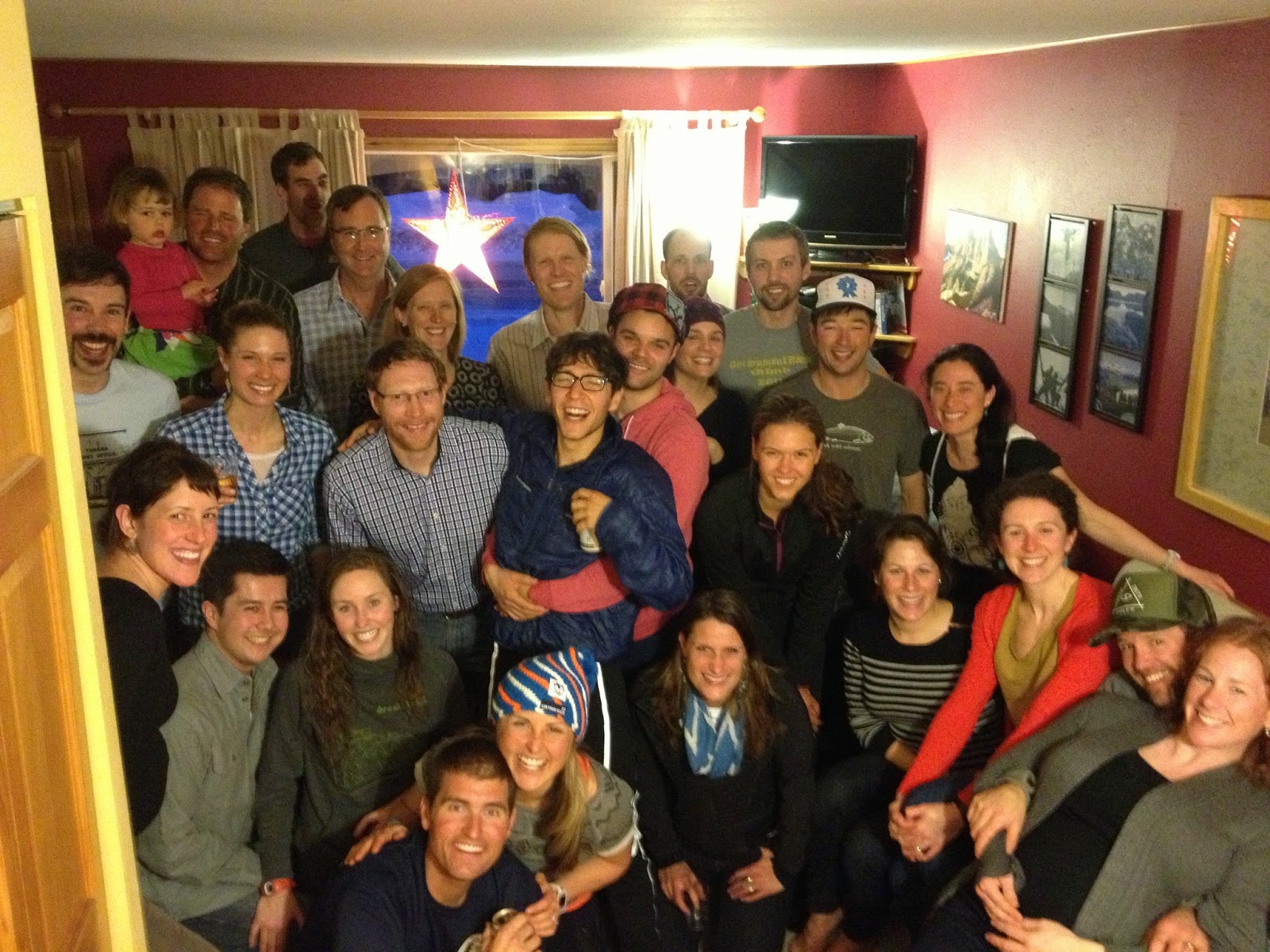 And the Engadin Valley! (Switzerland) This was my last stop before returning back to the states. The Engadin is the largest skate race in the World - in one of the most beautiful places in the World. Second to AK of course :) This was the view from the condo I was staying in! 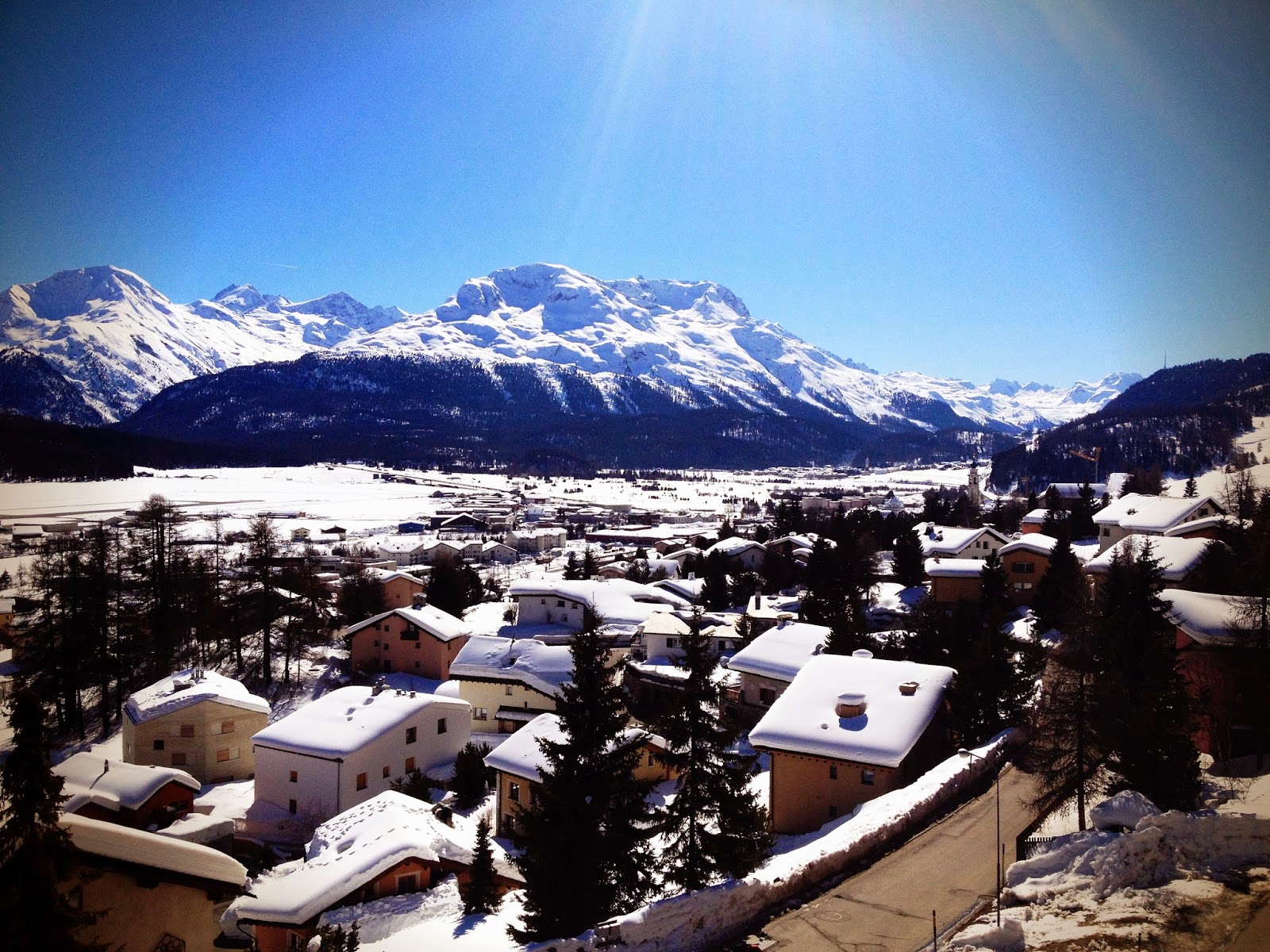 Yes! Prize $ from my third place in the night sprint. Fun ripping some fast corners in downtown St. Moritz! Congrats to Bettina for an incredibly successful race weekend! 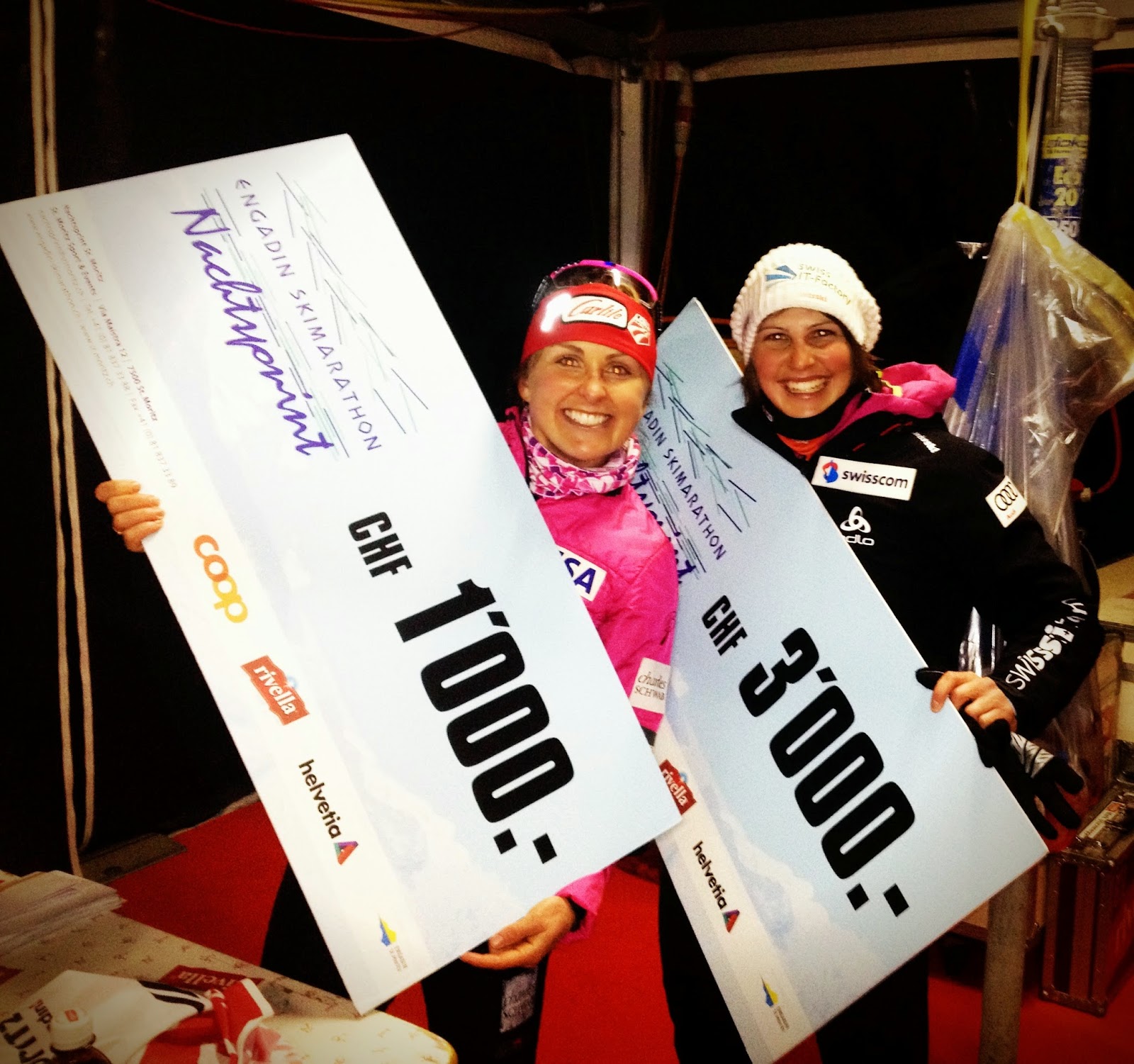 Engadin Marathon Podium. I was 4th after taking myself out of contention with a fall at a crucial spot in the race. I need to get back there and win that Steinbock someday! 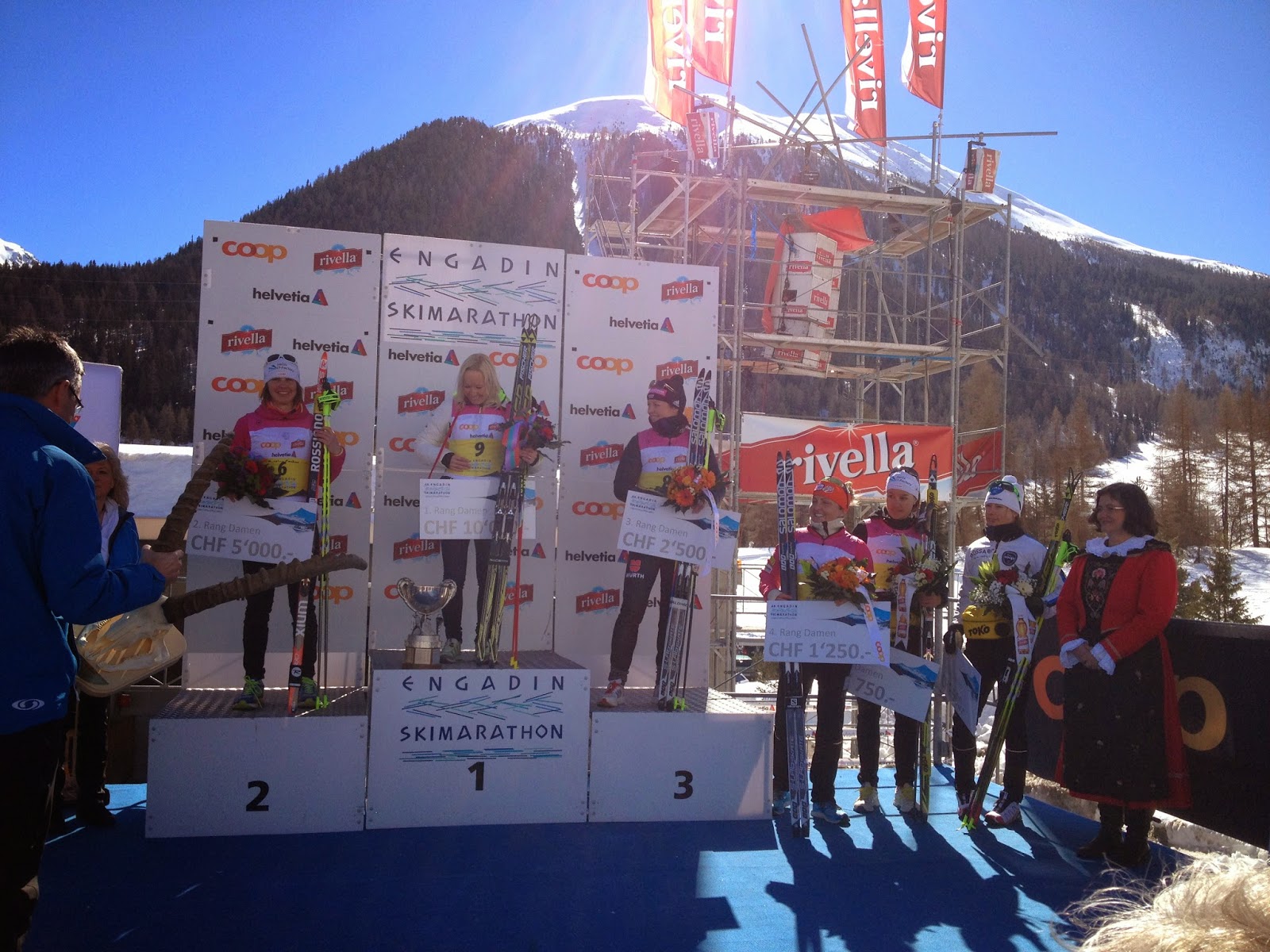 Tony, of Team Tony!  To fully understand how awesome this guy is read this article:
http://www.king5.com/sports/seahawks/Hawks-Fan-Goes-Beast-Modein-Cross-Country-Race-250712261.html 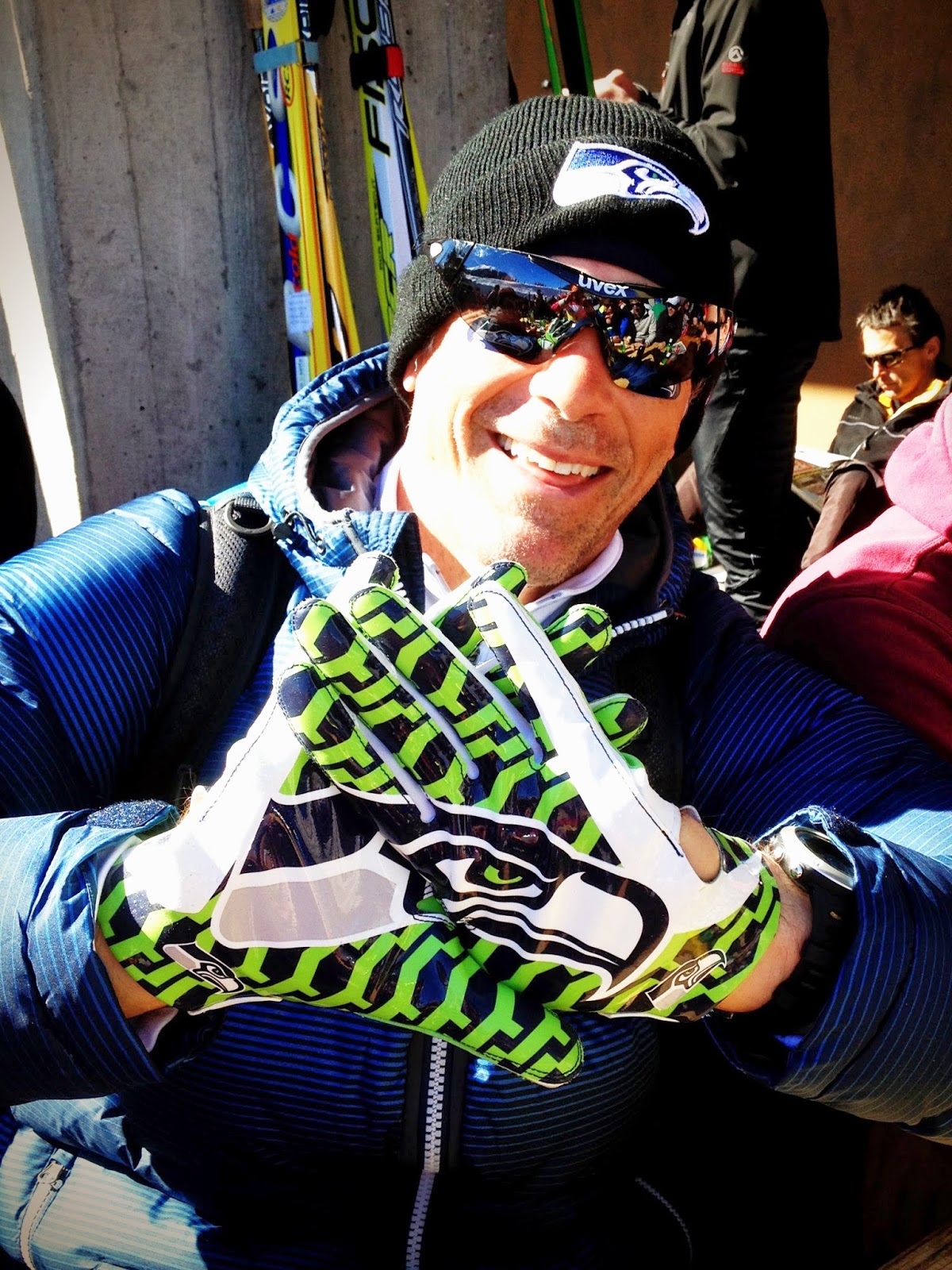 A unique aspect of this point to point race is that all 13k people ride the Swiss train back into town! 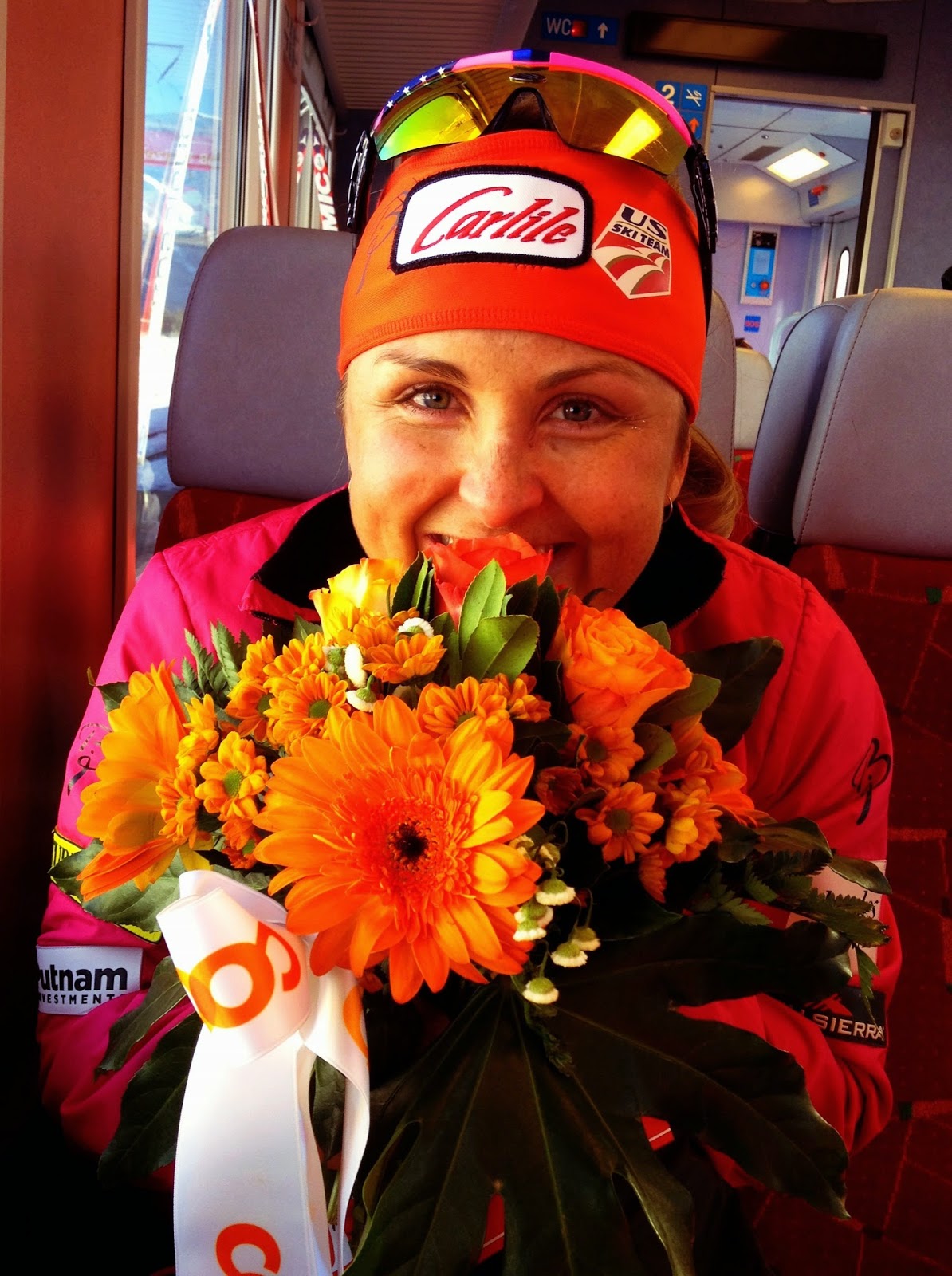 That's it for now! Check back later for a full recap of racing at home - and of the season. We've raced four races here in Anchorage and the only "hurdle" that stands between us and being done with the season is the 30/50k at Hillside on Friday. For those that know Anchorage trails the ladies are skiing the entire Spencer Loop 3x and the mens are skiing it 5x! Skip work to watch the carnage!  Women start at 10am and men start at noon. For some info check out the event website HERE.

Thanks for checking in! Time for me to get some rest,
Holly :)

Posted by Holly Brooks at 11:33 PM No comments: