The frustration (and elation) of life on the road

It’s easy to blog and post pictures about winning races, eating good food, or skiing in new beautiful places.  But, if I were to just show that side it would be an incomplete picture and I don’t think that's fair; both to myself or to you, “the reader” who is kindly following my marathon adventure.

It’s not always easy over here, or great for that matter. Sometimes the races don’t go as planned or I spend hours laying in bed wondering where I’ll sleep the following week, or how I’ll get myself to the next race with two duffel bags and 20 pairs of skis.  Embarrassing amounts of time are spent sending inquiry emails to race organizers trying to figure out logistics or ask for help. And then, an equally large quantity of time is spent fighting against the poor Internet that seems to be standard in Europe – or at least when “connected” to my North American based electronics. (Think of the spinning ball or death or the URL status bar that becomes stuck at 8% loaded or the school assignment that will open on my phone but not my computer.) 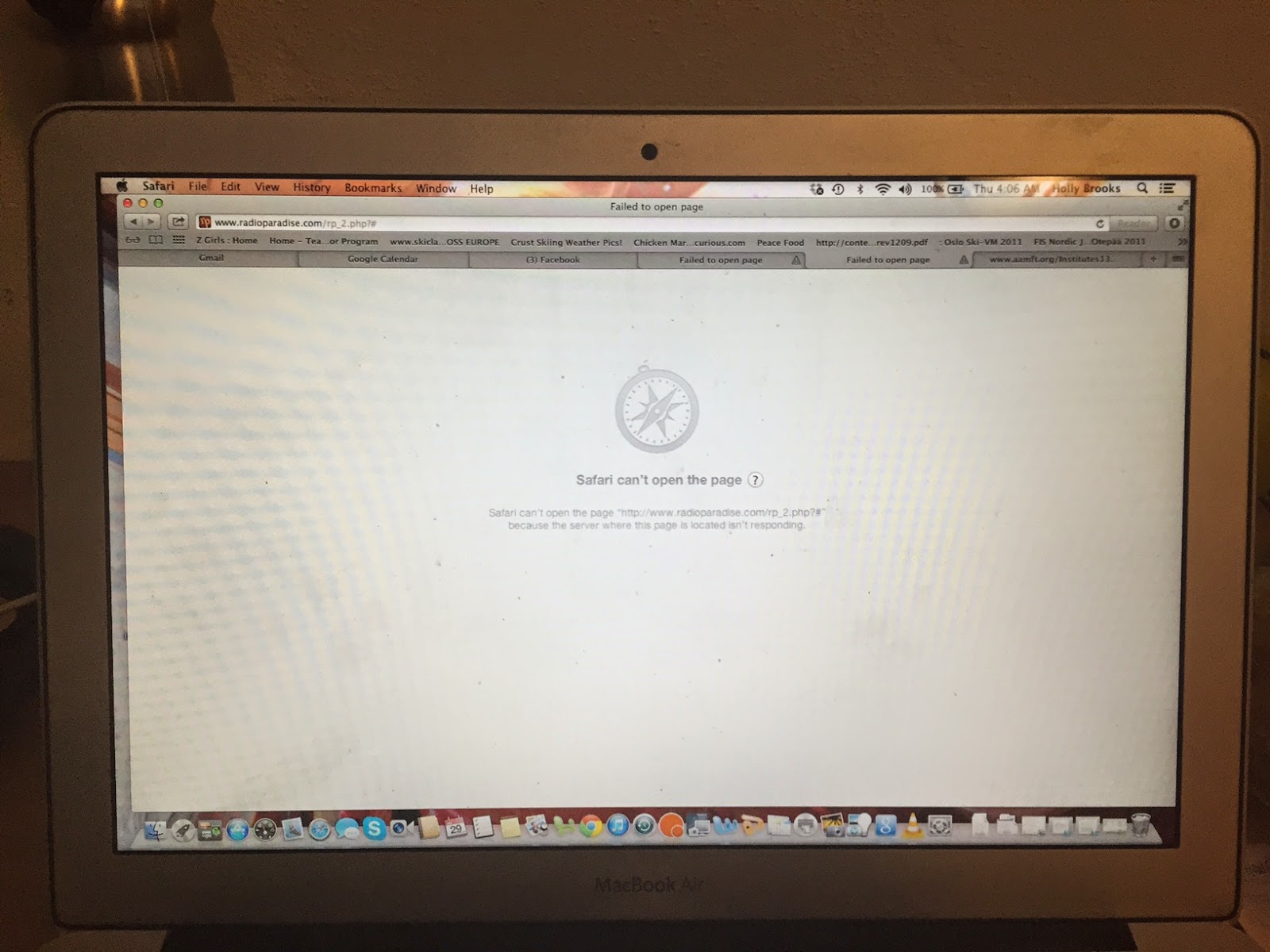 For the record it took at least 17 attempts to post this - seriously.

When you don’t travel with a team, a coach, or a wax tech there is no one looking out for you other than you. If something is going to happen, it’s a result of your own actions, your own industriousness.  In many ways I flourish under these conditions. I am goal & action oriented.  I have the ability to make things happen. Sometimes it just doesn’t happen quickly enough or with the level of success or precision that I hope for.  In my situation, I must be able and ready to “pivot” at any given time.

Yes, today was a bit rough but I have hope that tomorrow will be a bit better. My forearms (and my ego) are still “injured” from the Marcialonga, AKA, the downhill double pole derby.  During the race my forearms (which I have chronic trouble with) seized and I was unable to push myself aerobically whatsoever.  It became a battle of just making it to the finish line and honestly, it was the first race in a long, long time that I didn’t exactly enjoy, as much as I hate to admit it. I felt unable to ski and men, old men, with backpacks (!) were passing me and there was nothing I could do about it.  It was a helpless feeling.  I made it to the finish line but my time was so horrible that I didn’t even finish within 10% of the female winner that I needed to be awarded points for my pathetic 17th place finish. Although it was only 14 points, every point matters in the chase for the overall FIS Marathon Cup; especially when you’re thousands of miles away from home….

But back to today, and Germany….

My slump is funny timing because at lunch, I opened Twitter to find some extremely relevant sports quotes from none other than Chrissie Wellington, 3-time (?) Kona Ironman (women) champion.  Maybe she had a rough day herself and felt the need to post or perhaps she just knew that I needed a few words of pick me up :)  Here they are:

The “perfect session or race” is usually when you manage imperfections perfectly.”

And the second was,

“Athletes stress about having a ‘bad training day.’  In actual fact, they’re not ‘bad’ at all. They’re the foundation for success.”

If you're on twitter and don't already follow Chrissie Wellington I seriously recommend doing so. You can find her here: @chrissiesmiles

But, things are looking up. Despite my frustrations I am an eternal optimist and I know that I have a lot to be thankful for. One is the ability to hang out with Team Santander, despite truly dropping the plow last weekend. It's been fun getting a taste of a pro Norwegian Swix Ski Classics team.  The crew absolutely killed it last weekend and it was fun to experience success by association. 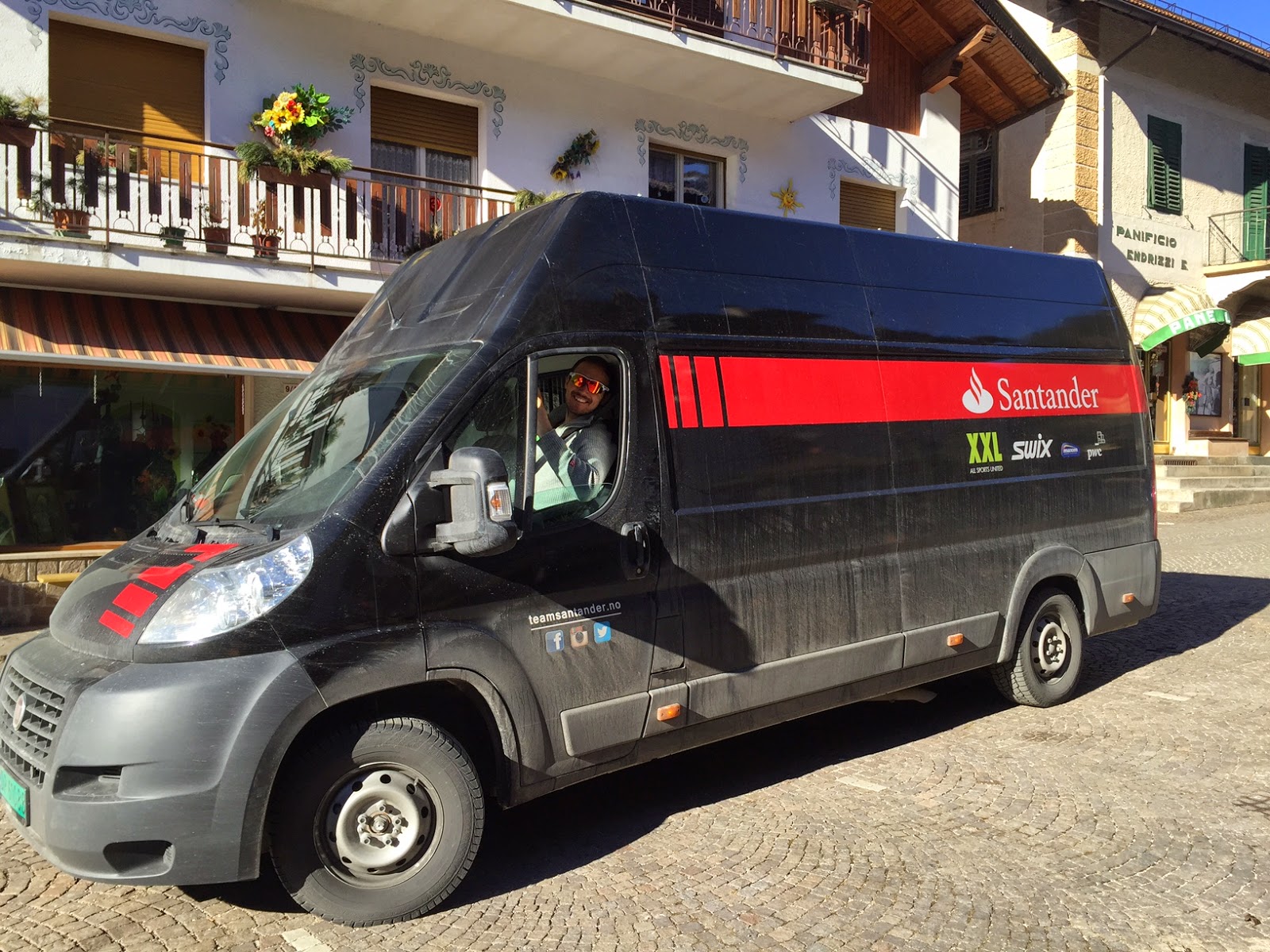 Fun drive from Val di Fiemme to Germany with Andreas in this rig!!!

Also, the local grocery store here had 2 Euro tulips so tulips it is!
I hope you all find your own tulips today, no matter what shape or color they come in.

Thanks for checking in!
Cheers,
Holly

PS. If you have any idea how I might be able to get from Zurich to Poland for the Bieg Piastow I'm all ears!  (I've gotta ask!!!!)

Posted by Holly Brooks at 6:54 AM No comments: