When is enough, enough?

By writing this blog I run the risk of posting something emotionally charged but sometimes it's called for. Plus, reading about race results and what so & so had for lunch can be boring. A free stream of emotions can be therapeutic to share and capturing the moment can be valuable in and of itself.

I left Alaska almost two months ago and since that day (Nov 11th) I've been in countless countries, on lots of airplanes, ridden in the back seat of a van for many, many miles, and raced every World Cup but one since the beginning of the season.  My tactic has been race everything and see what happens.... collect as many World Cup points as possible to try and make it into the red group - seek that next level.  I've been throwing all my energy into one bag and making the necessary sacrifices to do so. I've had some bright spots: a fifth place in Gallivare, helping with the first 4x5 USA relay podium, two 18th places in Kuusamo, 11th in Oberhof....

Today was my third really, really tough race in a row.  Turns out, I'm tired.  I keep hoping that each day will be a new opportunity - and it is. But I've been hoping that the new opportunity would provide a chance for my body to turn a corner and come around.  I've been just hoping that my body would surprise me; find some kind of energy store I didn't know I had.  But, it hasn't happened.

When I initially heard about the Tour de Ski everyone's comment was, "Wow, Holly - that event sounds like an event for you."  I love rising to challenges, I love endurance events. I like to think of myself as "tough" whether it's bush-wacking through crazy Alaskan Alders or finishing last year's 9-stage Tour de Ski with a flipping broken wrist. I've often thought of myself as someone who gets stronger when things get harder - or when the fatigue starts to seep in. But, in this case, when is enough, enough? When is it time to minimize the damage & pick up the pieces? When is it time to pull the plug and start recovering and preparing for the next opportunity?  I'll be honest. I have a hard time deciding where this line is.

At some point, turning in bad races is like hitting your head against the wall - on purpose. It's self-inflicted.  If you're not careful, it can be detrimental to your confidence, and to your "race head."

This year, like any year I'm focused on results (we all are) but I've been doing my darndest to make sure that I don't wear my result on my face.  Whatever place you earn in a given race is not your self worth. As an athlete living out of a duffel bag traveling from hotel to hotel, sometimes it's hard to internalize this.  Today I was 46th out of 55th racers - crummy.  But, that doesn't make me less of a person. Everyone has their ups and downs. This just happens to be a little low point in my otherwise awesome year.

World Championships is here at this very venue, just six or so weeks from now. In between now and then I have plenty of time to rest, to train, and do whatever it is I decide my body and mind need.

So, thank you for all your kind words and thoughts. I feel extremely lucky to have an incredibly supportive family and a host of awesome, awesome friends that I know will be by my side whether I'm first or last in the race.

We all have so much to be thankful for!

And on that note, I'll leave you with a few random pictures that make me smile! 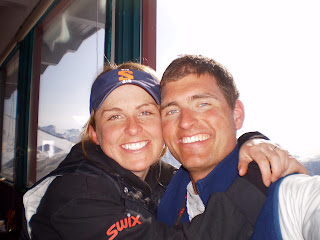 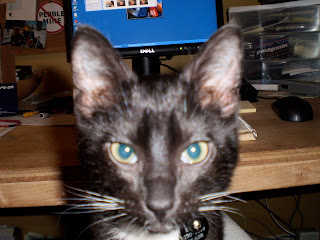 Buggz, as a kitten 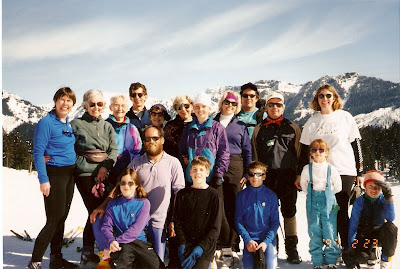 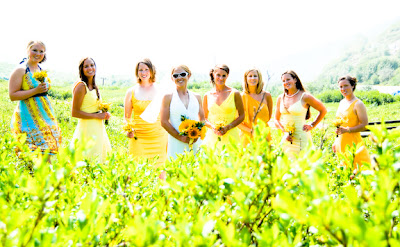 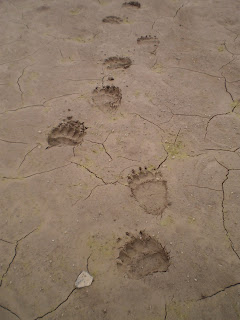 Posted by Holly Brooks at 9:47 AM No comments: