Happy Holidays & New Years from rainy Oberhof, Germany! Five of us from the team are already here in place, prepping for the Tour while the rest of the USA contingent arrives this afternoon.  This will be my second attempt at the Tour de Ski and my first try at it with a clean bill of health.  Some of you may remember last Christmas that I fell on an icy road and fractured my radius Christmas night/Four days before the Tour - although I didn't realize it was broken until x-rays and an MRI half way through the tour in Oberstdorf revealed it. But, stubborn as I am, I popped a few more pain pills, gritted my teeth and reached the top of the Alps Cermis. 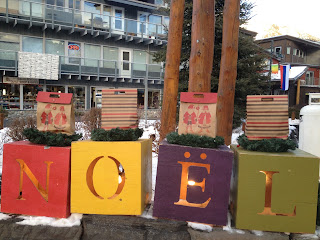 Canmore was festive and a great "home away from home"

The World Cup racing schedule this year was tough. The last World Cups before Christmas were in Canmore, Alberta - SO CLOSE TO HOME. I'll be honest, it was difficult to be that close to home without actually going.  ("Close" is a relative term and in this scenario, means a couple thousand miles.)  Many times this summer and fall I would simply stare at the World Cup schedule, looking for answers as to what I should do for a racing schedule. Last season I learned that at some point in the five months (of racing) I need a break; for both training but mentally & emotionally as well.  One logical move would have been to go home straight from Canmore for Christmas and then travel with the APU team down to Nationals at Soldier Hollow before returning to Europe and the World Cup.  That was certainly an option. However, most of my goals lie with International results, ie Overall World Cup ranking & (hopefully) earning an elusive "red group" spot which would subsidize my exorbitant World Cup fees.  Plus, I figure that at this point in my career, I want to amass as much World Cup experience as possible.  This year the Tour de Ski is 7 races in 9 days; 6 of them being of the distance variety.  If you do the math, participating in the Tour equates to almost 1 month of World Cup race starts.  I see this as "budget World Cup" and an opportunity to race day in and day out without the long week in between waiting to race again.  If you aren't happy with your race performance one day you don't have to wait an entire week to try it again - just one sleep away is a brand new opportunity!

Unfortunately racing the Tour means skipping Nationals and this really bums me out on a number of levels.  As an elite skier in the US I would love the opportunity to go after more National Titles.  It's fun racing to win or podium and let's be honest - on the World Cup level I'm not quite there yet.  Plus, shouldn't the "National Champion" be the Nation's best?  Unfortunately the schedule conflict with the Tour doesn't allow for participation in both.  I see the other side too... before I was on the national team I wanted the opportunity to race against the National team members.  It's a chance to prove yourself, earn good points if you race well, and make a case for yourself.  Unfortunately this year only one of six girls on the US Ski Team will be racing. Personally I think this is unfortunate but I know there are lots of variables that go into the race calendar and scheduling. 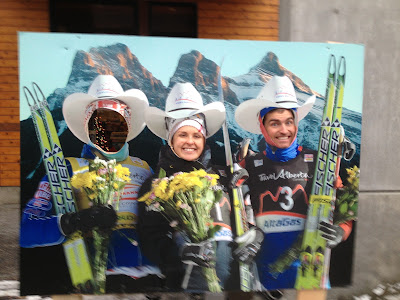 Rob came to visit me in Canmore!  Spending weeks and sometimes months on end away from your husband can be a bit rough but Rob is always incredibly supportive and it was awesome to see him! 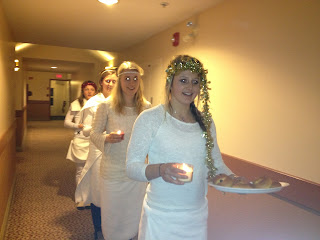 The Norwegian Girls treated every hallway in the hotel to a St. Lucia night complete with singing and sweet bread 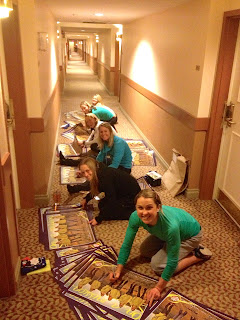 Reese Hanneman, my teammate at APU helped the women's national team create an awesome poster. All six of us hand-signed each of the 500 or so copies! 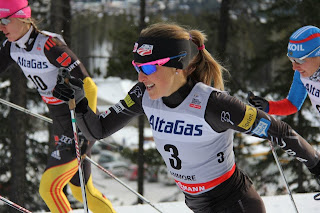 The races in Canmore didn't go nearly as well as I'd hoped..... turns out I was really tired and running on low... sometimes that's racing 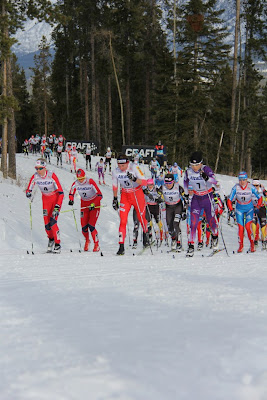 Women's 10k Mass start (Thanks to Rob by the way for taking great pictures all week!) 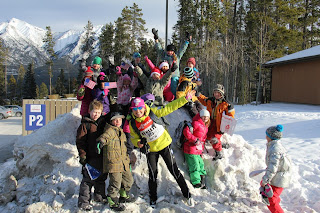 With the Canmore kids who were specifically cheering for team USA! 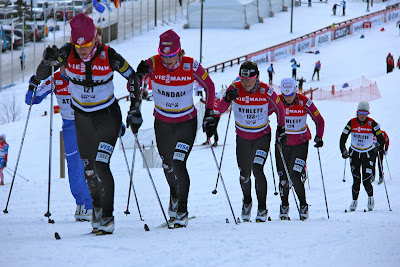 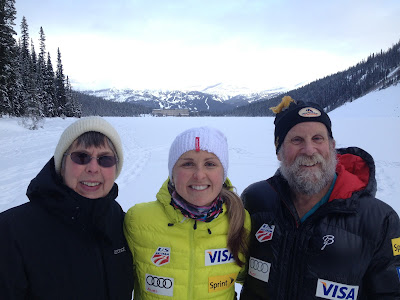 My parents came to Canmore to celebrate an early Christmas and see me race!  Here we are during a walk at Lake Louise 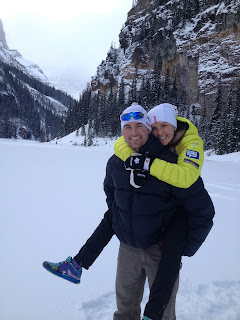 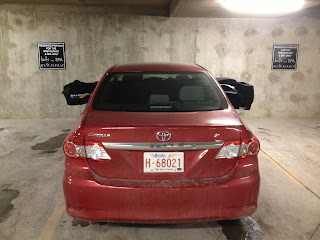 The best solution to transporting ski bags across town in a tiny rental car :) 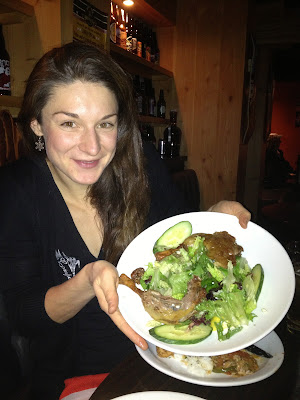 After the races in Canmore I spent some time with my friend Dasha Gaizova of the Canadian National Team. Dash was a fabulous host and here she is having dinner at the Banff Brewing Company - shown with her favorite "Double Duck" salad! 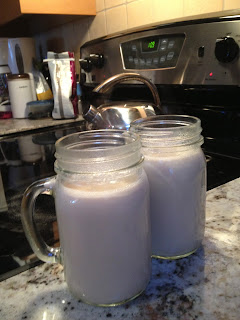 A bene of being in North America - Egg Nog Chai post ski... 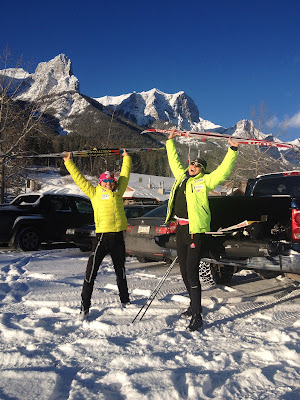 What a day! We were pumped! 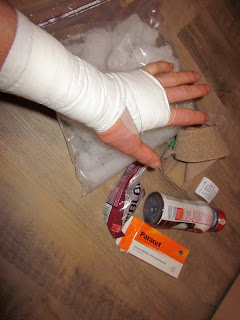 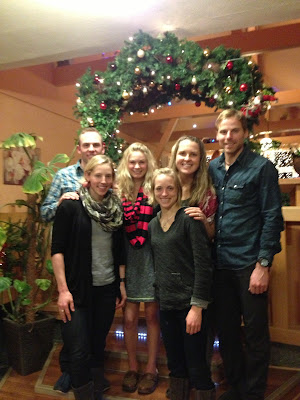 And here is the Oberhof crew post Christmas Dinner.

The Tour is only two days away... stay tuned & thanks for all the kind word and support. Happy New Years everyone!
Cheers,
Holly :)