Two races down, one to go - hence, the Ruka Triple title. This will be short because I need to get some zzzz's for tomorrow's crazy race.  Basically, we have the ENTIRE women's team starting in the first 24 starters!  (There were 90 girls at the beginning of the Tour!)  The first two day's results are compiled and then we have a staggered start - first one across the line wins, and wins big. (Something like 50k?)

Anyways, I've been slacking on my picture taking because it's been pretty darn cold but here are a couple of recent shots: 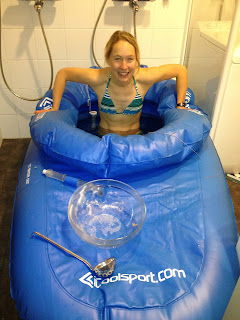 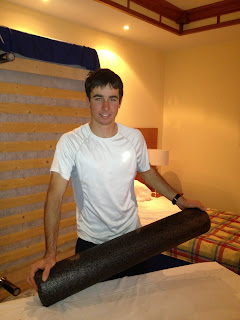 Noah with the foam roller after his career-best in the Ruka 10k skate! 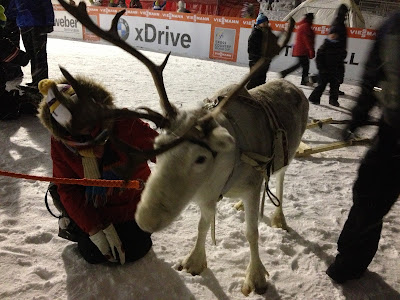 They love their reindeer here in Finland! I think I ate his brother for lunch.... they had incredible reindeer soup in the FIS Family tent! 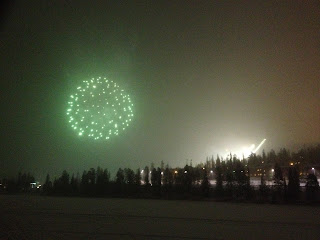 The cool thing about Ruka is that it's a ski-festival atmosphere with cross country, nordic combined, special jumping - and lots of fun things for spectators and fans to do and see! The fireworks show during my evening run was a nice surprise! 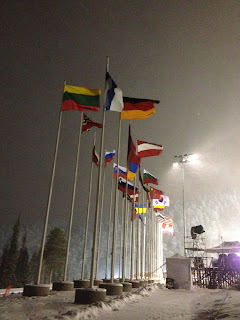 The essence of the "World Cup."  Lots of Nation's competing.... 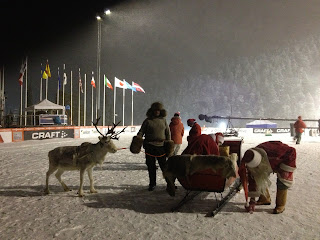 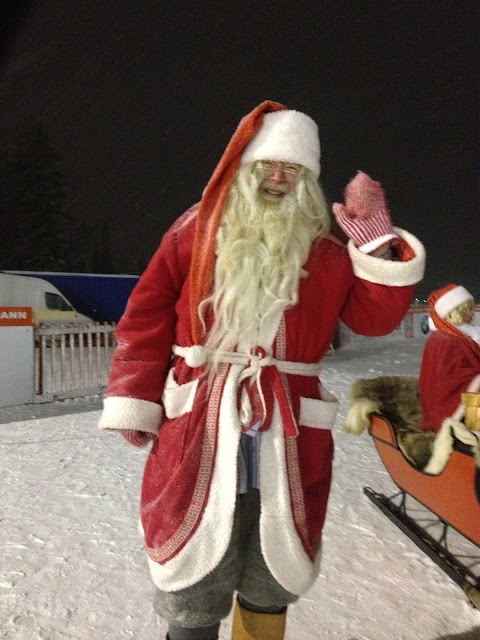 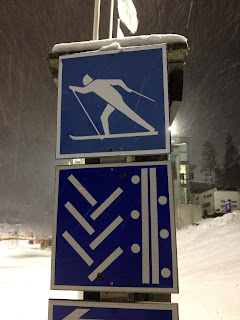 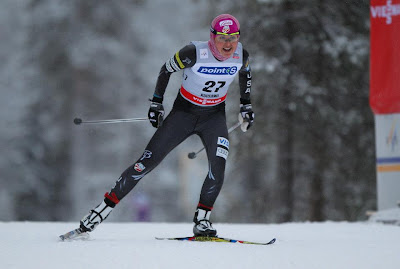